Horror! Fire Breaks Out At Mile 2 As Tanker Goes Up In Flames (Video) 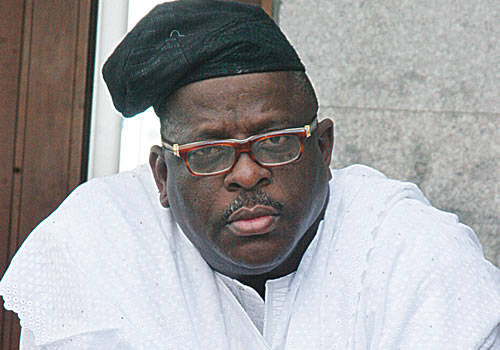 Senator Buruji Kashamu
Senator Buruji Kashamu, a former lawmaker representing Ogun East Senatorial District has lost his mother, Alhaja Wulemotu Kashamu.
Alhaja Kashamu died at the ripe old age of 96. In a statement released Wednesday by Mr Austin Oniyokor, Media Adviser to Senator Kashamu, the deceased died Wednesday, at a highbrow hospital in Victoria Island, Lagos.
The remains of the late Alhaja Kashamu will be committed to mother earth by 2:00 p.m. on Thursday, 8th August 2019, in Ijebu-Igbo, Ogun State, according to Islamic rites.
Until her death, the late Alhaja Kashamu was a prominent businesswoman, community and religious leader. Senator Kashamu is the second son and third child of the late Alhaja Kashamu.
Meanwhile, as a mark of respect to the memory of his late mother, the bereaved politician has cancelled the annual Sallah party earlier fixed for Monday, 12th August.
Top Stories

Horror! Fire Breaks Out At Mile 2 As Tanker Goes Up In Flames (Video)
Recent Stories