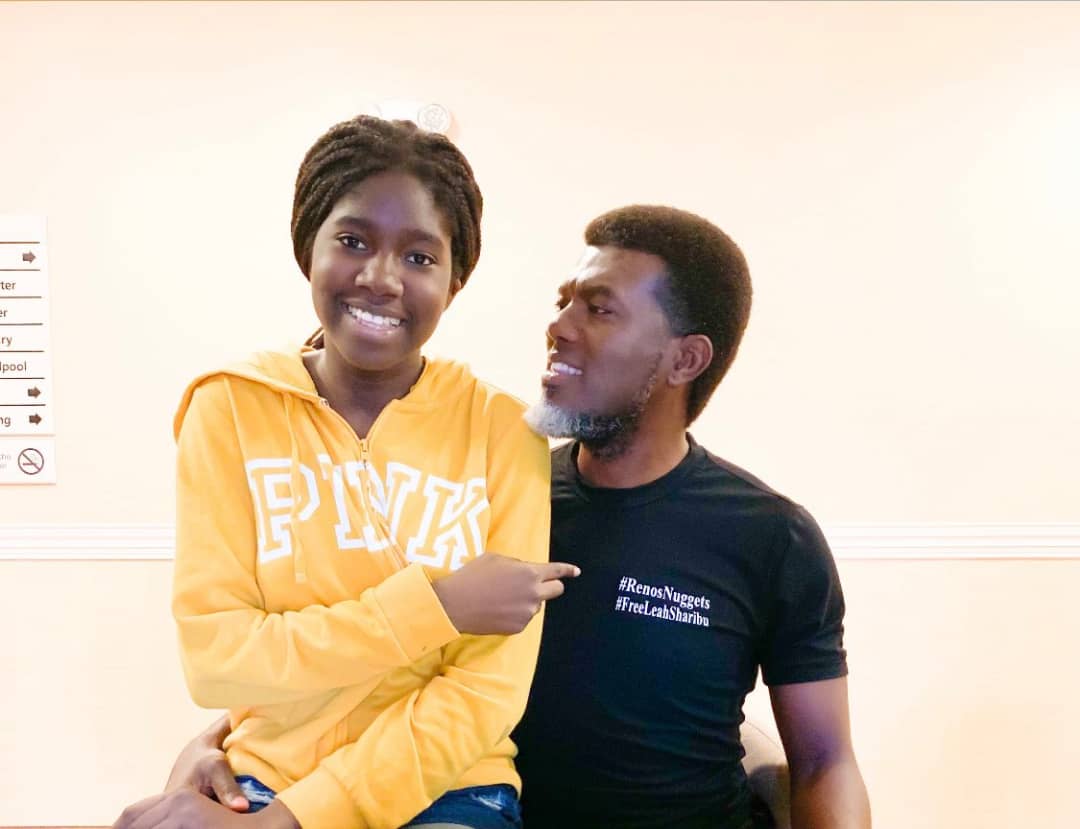 Reno Omokri and daughter donning Leah-Sharibu inspired outfit
Former aide to ex-President Goodluck Jonathan, Reno Omokri, took picture with his daughter to model the Armani range of his #FreeLeahSharibu outfits.
The former presidential aide shared a picture of himself and daughter on Twitter onThursday
In the tweet, Mr. Reno thanked his social media followers for helping raise £5,000 for Leah’s parents to use to seek justice for their daughter including the fact that the money was paid directly into the bank account of Leah's father.
“My daughter and I model the @armani range of my #FreeLeahSharibu. I thank my followers who have enabled me raise £5000 for Leah’s parents to use to seek justice for their daughter. EVERY PENNY HAS BEEN PAID DIRECTLY TO LEAH’s FATHER’S ACCOUNT. Keep praying for Leah,” he said.
Recall that Omokri challenged anyone with evidence of him receiving money for personal gain in the guise of Leah’s freedom campaign to go public.
Leah was a Christian girl among 110 students of Government Girls Science and Technical Secondary School, Dapchi, kidnapped on February 19, 2018 .
But she wasn't released while other girls retain their freedom because she refused to denounce her Christian faith. 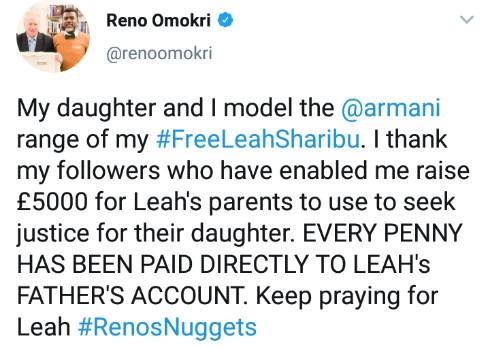