Recall that the DSS had taken Sowore into its custody last Saturday and flown him from Lagos to Abuja on charges bordering on treasonable felony. 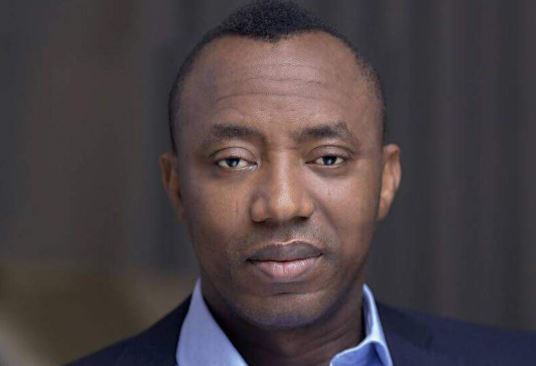 Mr. Omoyele Sowore
Pan-Niger Delta Forum, PANDEF, the mouthpiece of monarchs, leaders and stakeholders of the coastal states of Niger Delta has described the Federal High Court, Abuja authorization to DSS to detain Mr. Omoyele Sowore for 45 days as a misplaced display of superfluous power by the Federal Government.
According to the Forum, the planned ‘Revolution Now’ protest convened by Sowore was a mere dramatic presentation of the state of affairs in the nation and not intended to sack the government as alleged by the Department of State Services, DSS.
Recall that the DSS had taken Sowore into its custody last Saturday and flown him from Lagos to Abuja on charges bordering on treasonable felony.
National Secretary of the regional group, Dr Alfred Mulade, in a statement on Thursday in Warri, said: “This is sheer display of tyranny and oppression. What a responsible government should do is to see this planned protest as a wake-up call, to fix the myriad humongous security and development issues bedeviling the nation.
“These are issues that had been raised several times at different fora by several concerned bodies and personalities in this country, and which, fortunately the 2014 Conference Report captured.
“Obviously and seriously, securing a detention order against Mr. Sowore, who is merely dramatizing the state of affairs and disillusionment of the Nigerian people, is a misplaced show of unnecessary force by the Federal government.
“Protest is a universal ingredient for democracy. And, in the instant case, it is coming at a time when voice of reason have expressed the deepest concern about the state of insecurity and woes in this country, which have never been so precarious, polarized and divided, since the Civil War,” he said.
Top Stories