As many as twenty lions and tigers have been found dead inside a freezer at a hunting farm. 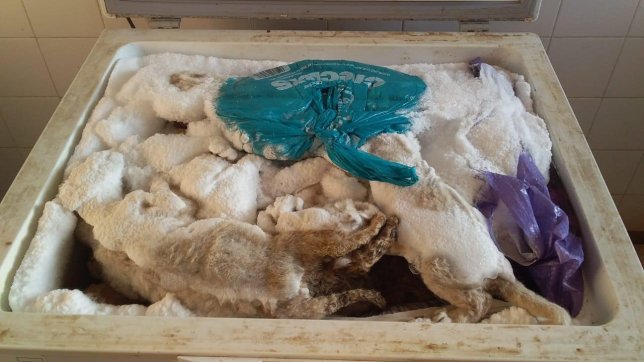 The NSPCA has said they will be laying further charges on the owners of Pienika Farm
Twenty lions and tigers have been found dead in a freezer in a horrific surprise inspection at a ‘hunting’ farm.

The young cats were found to be suffering from neurological conditions and had to be euthanized at the scene, according to IOL.

Spurred to investigate further, inspectors from the NSPCA discovered the lifeless bodies of 20 other lions and tigers of varying ages in a freezer.

Five carcasses were removed for post-mortem examinations to determine the cause of death.

Lion cubs found dead in freezer at 'hunting' farm'
The NSPCA has said they will be laying further animal abuse charges on the farm owners.

The discovery follows a sickening incident in April on the same farm in the North West province.

Officers from South Africa’s National Society for the Prevention of Cruelty to Animals discovered 108 neglected lions, tigers, leopards and caracals living in conditions they described as ‘horrendous’.

They were kept in small, overcrowded, filthy enclosures and deprived of water.

Some of the animals were entirely bald because of parasitic infections and two suffered from neurological conditions ‘likely to be the result of in-breeding’. 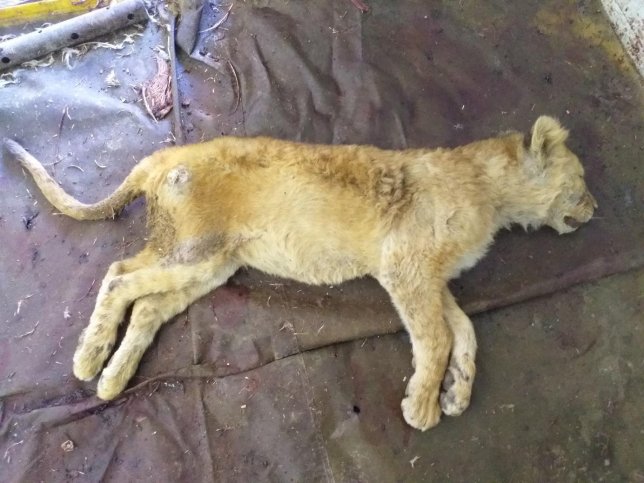 The lifeless bodies of 20 lion and tiger of varying ages were found in a freezer
NSPCA inspector Douglas Wolhuter said: ‘With the release of The Lion King and the tribute to lions during World Lion Day this month, the rest of the world is celebrating these majestic creatures.

‘Here in South Africa, where lions are indigenous and a massive part of our heritage, we are condemning thousands of lions to a life of captivity, where their basic needs are not being catered for, and we are subjecting what is globally known as the king of the animal kingdom to a pathetic life in a cage, waiting for death.’

‘There are now almost three times more in captivity than there are in the wild.

‘These animals have a short and traumatic life in what is an incredibly cruel and cynical industry.’
Speaking to The Sun, Eduardo Goncalves, founder of the Campaign to Ban Trophy Hunting, claimed the cats were being bred in captivity so they could be petted by tourists, bottle fed and eventually shot for trophies.

‘There are around 60 such facilities in South Africa breeding big cats for people to pet, bottle feed, and then shoot for a trophy.

‘The bones are often sold off to dodgy dealers in Asia who make fake medicines out of them. This is the reality of big cat factory farming in South Africa.

‘It’s simply obscene. The animals are kept in appalling conditions and their owners make a fortune out of their misery.’
***
Source: Metro UK
Top Stories