The Belgium international striker has inherited the shirt of an Argentine frontman, which suggests that a big-money sale is in the offing. 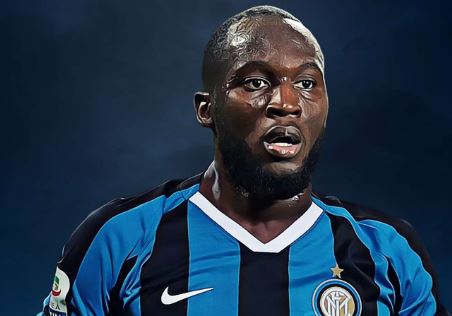 Romelu Lukaku
Romelu Lukaku, fresh from completing an €80 million (£74m/$90m) move from Manchester United, has been handed No. 9 at Inter, with Mauro Icardi edging closer to the exits at San Siro.
As the transfer window in England prepared to slam shut, a Belgium international frontman was prised away from Old Trafford.
Inter had made no secret of their desire to bring Lukaku on board, with Antonio Conte making the 26-year-old a top target. Efforts to get a big-money deal over the line were considered to be another indication that Icardi’s days in Milan are numbered.
The Argentine frontman has now seen the shirt he has donned with distinction over the last six years handed to a new arrival.
That could be considered the clearest indication yet that Icardi will be on the move before summer business comes to a close in Italy.
He has been heavily linked with a switch to Serie A champions Juventus, with the Bianconeri seeking further firepower to complement five-time Ballon d’Or winner Cristiano Ronaldo.
The path has been cleared for them, or any other suitor, to make an approach.
Lukaku is the new attacking focal point for Inter and will be charged with the task of picking up a baton laid down by Icardi.
The burly Belgian has said: "Inter were the only club I wanted, because Inter is Not For Everyone. I'm here to bring the Nerazzurri back to the top."
Lukaku has left English football with questions asked of his weight and attitude, but the Nerazzurri are happy to be buying into his obvious ability.
Across two seasons at United, 42 goals were recorded in 96 appearances.
There has never been any questioning his ability to find the back of the net, but Inter will need him to adapt quickly to new surroundings.
Especially as they have agreed to move on from Icardi after several months of speculation regarding his future.
The South American has seen a transfer mooted for some time, with the likes of Real Madrid and Barcelona credited with interest in the past.
It appears as though a fresh start for the 26-year-old is only a matter of time.
He will be leaving big boots for Lukaku to fill, with the former Inter skipper having netted 124 times in 219 outings for the club.
Top Stories