Protesters have reportedly blocked the Kaduna-Abuja expressway, causing some commotion in the area. 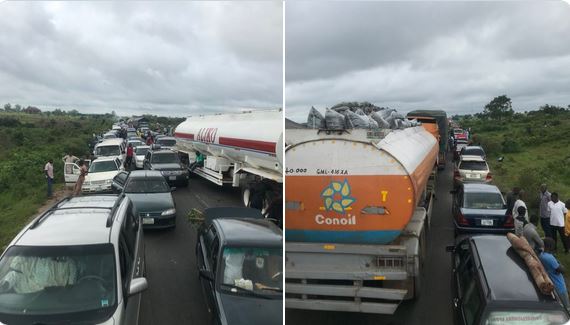 The road has been blacked
Commercial vehicle drivers are reportedly protesting on the Kaduna-Abuja highway over the alleged shooting of one of them by the police.

A Twitter user, @donsnupy, who called on Kaduna State governor, Nasir El-Rufai to come to his aid, revealed he was tweeting from Gidan Maiker along the Kaduna-Abuja highway.
He added that the protesting drivers had blocked the road for the past two hours, as of the time he tweeted, which was, 9:30 a.m.

Another Twitter user, Usama, @usama_isha tweeted, “@elrufai,kindly assist on Abuja-Kaduna Expressway around Audu Jangwam village (few KMs) to Kaduna as the road is currently blocked by locals/J5 drivers that one of their own was shot by SARS operatives. Writing this 8:32 a.m.” 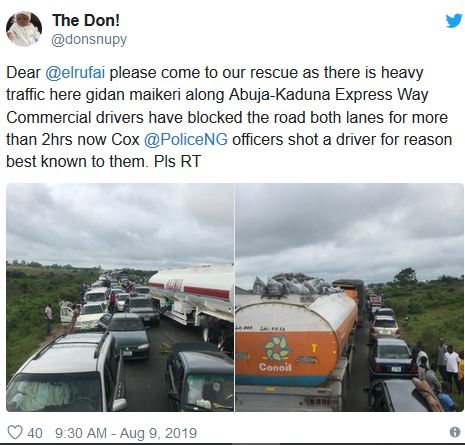 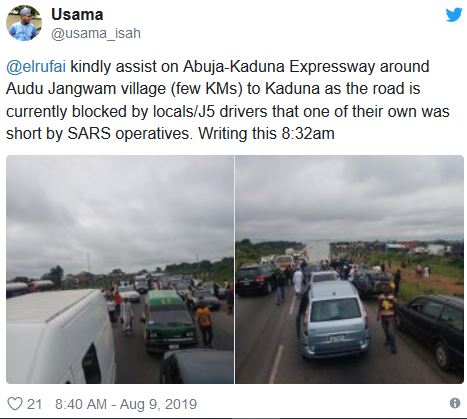