David Luiz Reveals The Reason He Swapped Chelsea For Arsenal


Premier League footballer, David Luiz has revealed the reason why he swapped his club Chelsea for Arsenal. 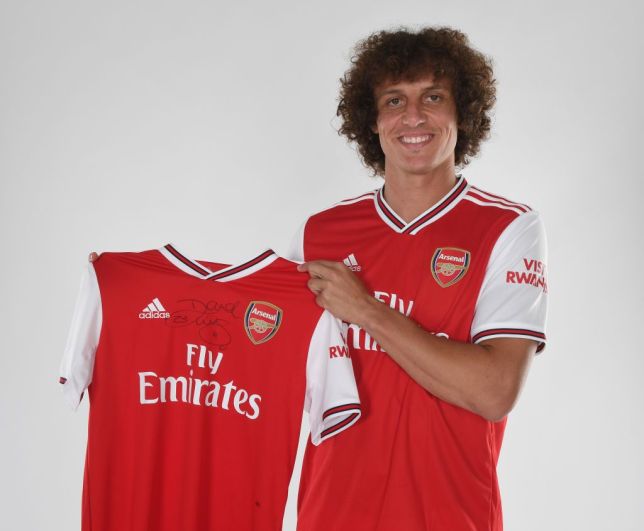 David Luiz
David Luiz insists he left Chelsea because his cycle at the west London club had come to a natural end.

The 32-year-old spent seven years at Stamford Bridge across two trophy-laden spells before joining Arsenal on transfer deadline day in an £8million deal.

Luiz was a pivotal figure in Maurizio Sarri’s side which won the Europa League and finished third in the Premier League last season, but the Brazilian was said to be concerned his first team opportunities would be limited under Frank Lampard.

The former PSG defender was dropped for last Saturday’s friendly against Borussia Monchengladbach and was subsequently told to train away from the first team on Wednesday amid concerns he had become a disruptive influence.

‘It was a conversation between me and Chelsea and everybody. I had an opportunity to come to another big club. In my life, I’ve always liked to do some challenges.

‘I’m not scared at all to try things. I think not too many players would make this kind of move, they would maybe be scared, or something like that. I’m just trying to do big things in my life, so like I said, my cycle at Chelsea finished and now I’m excited to start a new chapter of my life here.

‘It’s [Arsenal’s] a big club – not just in England, but everybody around the world knows how big Arsenal is.

‘When I had an opportunity to come to this kind of big club, I had to take it. That’s why I’m here.’

Luiz spent a brief period at PSG under the management of Unai Emery and he claimed the Spaniard also played a big factor in his decision to join Arsenal.

‘A big, big part. I know him, I know some people from the club,’ he added. ‘I know Edu, I know Raul, I know the quality of the team, the players, and that’s what makes me excited to dream, to have the ambition to win big things.

‘I think all my life, I’ve always started the season with the goal to win things. It’s not going to be different here – I’m going to come with this mentality because this is what made me move here.

‘This is what makes me feel good every single day. I have to run for one reason, for one goal, and my goal is to win things with Arsenal.’
***
Source: Metro UK
Top Stories