A farmer who had the nerve to kill people in Ogun state has been nabbed some 5 months after he committed the crime. 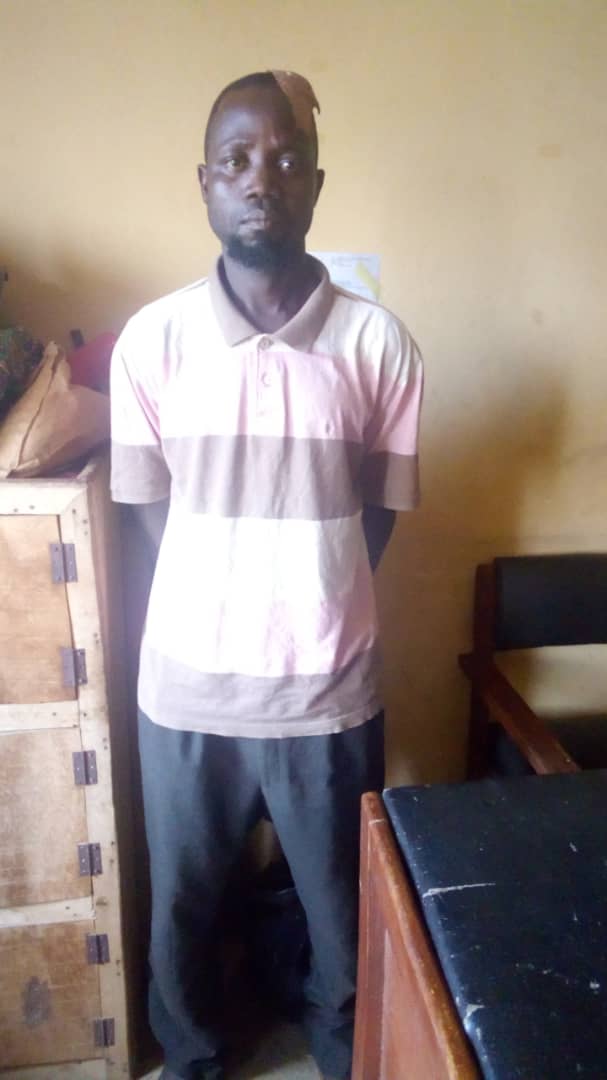 Photo credit: Sun News
A farmer, Oladosu Nureni, who was alleged to have shot and killed two persons in Iwoye community in Yewa South Local Government Area of Ogun State, has been arrested by the police, five months after he committed the dastardly act.

Nureni, otherwise known as ‘Otele’ has been on the run since he killed the Amuludun of Iwoye, Ajayi Onifade and head of local hunters in the community, Olatunji Ayinla, on March 27.

But the suspect, who threatened to kill more members of the community if they dared come after him, was finally apprehended by the police on Wednesday night.

The Police Public Relations Officer (PPRO) of the Ogun State Police Command, Abimbola Oyeyemi, who confirmed the arrest in a statement on Friday, said the Area Commander in charge of Ilaro, ACP Chris Adeyeri, received information that the suspect had been sighted at Irogun-Ishaga village in the local government.

He added that Adeyeri, upon receiving the information, promptly mobilised his men and stormed the village where the suspect was arrested at about 10.30pm on Wednesday.

One locally-made gun, gun powder and assorted charms were recovered from him.

Meanwhile the Commissioner of Police, Bashir Makama, has ordered the immediate transfer of the suspect to the homicide section of the State Criminal Investigation and Intelligence Department (SCIID) for proper investigation and prosecution.
Top Stories