BBNaija: Tacha Risks Eviction, Watch What She Did (Video)


It is not clear why they were arguing but Tacha had warned Joe to stay away from her, but he refused. 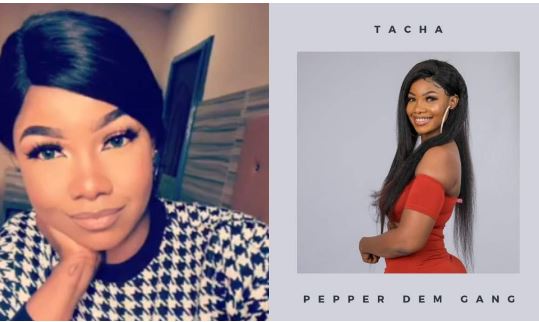 Big Brother Naija, BBNaija housemate, Tacha on Friday engaged in a heated argument with fellow housemate, Joe.
Tacha rained insults on Joe as he threatened to touch her.
It is not clear why they were arguing but Tacha had warned Joe to stay away from her, but he refused.
Joe rather drew closer to Tacha, touched her duvet which made her even more furious till she hit him on the face.
This action may earn Tacha a strike from Big Brother or a likely eviction from the ‘Pepper Dem’ edition as it is against BBNaija rules to engage in physical fight or use violence in the house.
It should be recalled that Ike and Omashola got a strike following their outrage on Saturday night after their coins went missing.
Omasola had broken rules of the house for threatening housemates after his 100 coins were no longer in the Bible where he kept them.
Ike also broke the rule after he noticed that his coins were missing, and threaten fire and brimstone.
Watch the video below:

Here is the videos between Tacha and Joe in big heated fight and almost getting physical with each other #BBNAIJA pic.twitter.com/BYx6jGlX36