After being grilled for nine hours, Grandson denied any involvement in terrorism or encouraging racial hatred and said YYF only supports the return of Nigeria to the regional system. 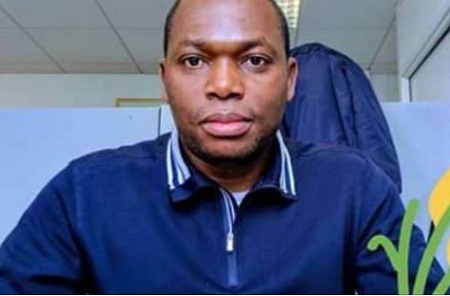 Adeyinka Grandson
The British police arrested Adeyinka Grandson, president of the Young Yorubas for Freedom (YYF) secessionist group, in London over his social media posts against some ethnic groups in Nigeria.

Grandson, a UK-based Nigerian of Yoruba descent, is known for his social media attacks on people of Igbo extraction as well as criticism of the Hausa-Fulani.

After being grilled for nine hours, Grandson denied any involvement in terrorism or encouraging racial hatred and said YYF only supports the return of Nigeria to the regional system.

He was granted bail on the evening of his arrest while his passport, two Google phones, one Apple MacBook laptop computer, one tablet, a hard drive, and a draft copy of his new book were seized.

He was asked to return to the police on September 2 for further investigation.

In a statement, Tinuola Asake, YYF director of communications, said Grandson resigned from his job due to the seriousness of the allegations against him and is prepared to face legal battle if the need arises.

“Adeyinka Grandson has not been charged for any crime. He is required to report back to the police station on the second of September 2019. The Young Yorubas Forum has no idea what the police plan to do with the allegations of terrorism and public order acts,” the statement read.

He was reported to have recently called for secession with respect to the Yoruba race and threatened the north with the use of chemical weapons if the south-west is attacked under any guise.

The YYF, which Grandson heads, is a youth organisation established to “appeal to the consciousness of young Yorubas and support a return to the regional system of government or outright dissolution of Nigeria in favour of the Oduduwa Republic.”
-TheCable
Top Stories