The sealing of his office comes on the heels of his rumoured sack as the chairman of the panel on recovery of public property. 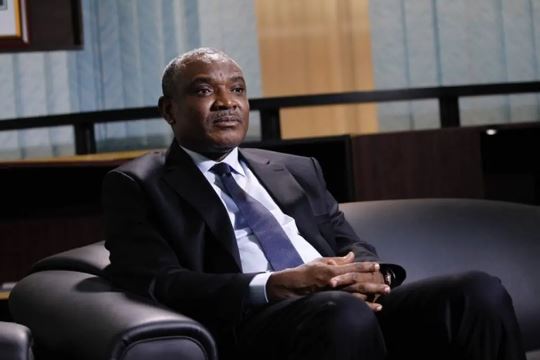 Barrister Okoi Obono-Obla
Operatives of the Nigerian Police have sealed the office of one of President Muhammadu Buhari’s aides and chairman, Special Presidential Investigation Panel on the Recovery of Public Property, Barrister Okoi Obono-Obla.
The sealing of his office comes on the heels of his rumoured sack as the chairman of the panel on recovery of public property.
The seal-off of Obono-Obla’s office has since been confirmed by the Police Force Public Relations Officer, DCP Frank Mba, who explained that the action was carried out at the weekend on a complaint said to have emanated from the Federal Government.
According to Vanguard newspaper, Obono-Obla said he was yet to be briefed of his sack by the Presidency. He, meanwhile, said he was not disturbed over his alleged sack, adding that the development was corruption fighting back.
“They say I am uncontrollable, I don’t know how they want to control an anti-corruption fighter. If you are not the kind of person I am, you can’t fight corruption because corruption is systematic, it is endemic in Nigeria. So, you need a rugged person.
“The President said all anti-corruption agencies should be given a free hand, absolutely to work, there should not be any interference. The President has never sacked me but they have sacked me many times.
“Sometimes, they write letters to me that I should suspend my work. In January I got a letter from the Deputy Chief of Staff, office of the Vice President that I should suspend all investigations that government wants to carry out a review and I said if the President was doing that, it should come from the Chief of Staff to the President.
“When I arrested one oil mogul, we investigated the company and discovered that the company had not paid three million dollars to the Federal Government, they have oil bloc. When I arrested him to get the money from him, I had a lot of phone calls from the same people and they have not been happy with me, that was in July that I touched somebody who is close to them.
“These are all the forces and the ICPC has joined them. Why should they go and seal a government office on a non working day? It is absurd. If they want to sack me, they should sack me and not to close down government office and ordered everybody inside not to come out and that nobody should go in.
“I have gone into a lot of areas other anti-corruption agencies have not gone into.
“The National Assembly, a Committee of the House of Representatives purportedly investigated me, they came after me, that is what I am suffering.
“They asked the President to remove me and the President ignored them because I did nothing wrong. But this one is as a result of the corruption case I am handling like the Petroleum Equalization Fund, PEF,” Obono-Obla was quoted as saying on the matter.
Top Stories