Deputy commissioner of police, Abba Kyari appeared shocked and sober as he toured the crime scene where three of his finest men were killed by soldiers. 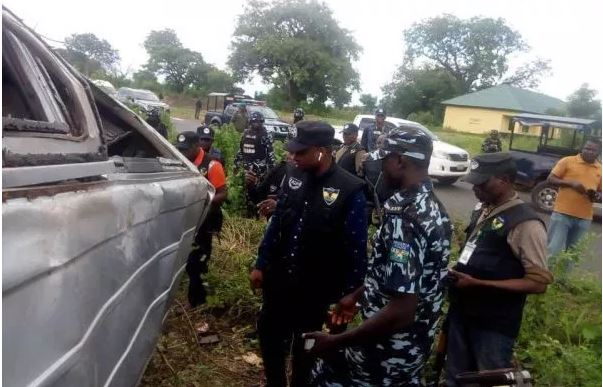 Abba Kyari and some police officers
Deputy commissioner of police, Abba Kyari has posted on Facebook photographs of the crime scene in Taraba, where three police operatives and a civilian returning to Jalingo after an undercover operation were killed by some soldiers of the 93 Battalion of the Nigerian army.
The photographs were published on 9 August, same day the Defence Headquarters announced a 7-man panel to probe the circumstances of the bizarre incident, in which the soldiers freed the alleged kidnap kingpin that the police team had arrested in Ibi and was handcuffed in the bus with them.
Kyari simply said: “In Taraba State Ibi LGA at the Scene Of the Multiple Murders”.
See more images below: 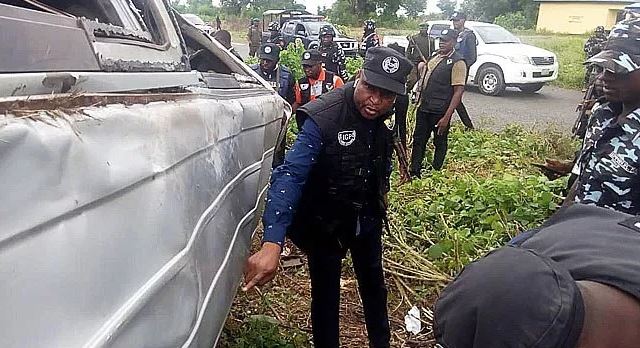 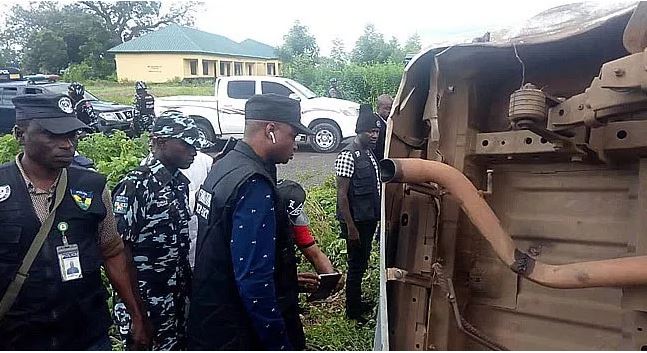 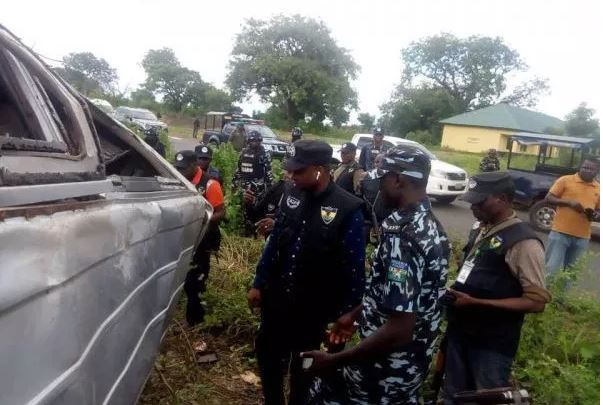 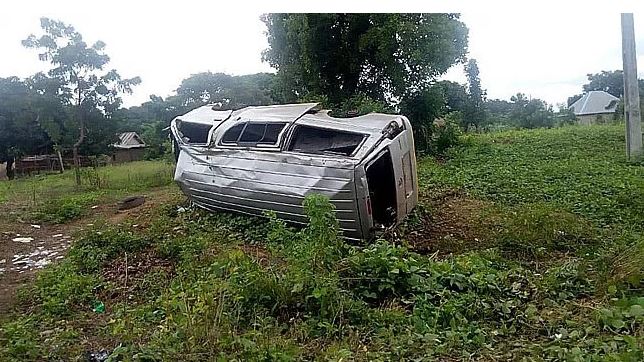