The female occupant of the apartment was said to have escaped and disappeared from the locality while her guest got burnt to death. 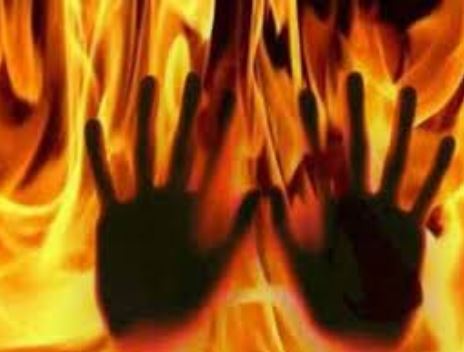 A male guest to a female host in Oginigba community, Obio Akpor local government area, Rivers state, was burnt beyond recognition as a Saturday midnight fire razed a cluster of waterfront slum apartments.

The female occupant of the apartment was said to have escaped and disappeared from the locality while her guest got burnt to death as the wide fire overwhelmed affected residents, many escaping without saving any personal belongings.

Grace Inyand, one of the victims narrated that, “I do my business here. I finished after 11am, went home to have my bath. After eating, I heard shouting. I came out and saw fire has engulfed the apartment where it started. I ran back into my apartment. I could rush out my son. All my property burnt.

Another victim simply identified as Bisong said, “We suspect someone plugged and left a ring boiler heating up in his apartment. We tried quenching the fire, but we couldn’t do much to save the situation. All my property burnt. I am left with only the clothes I am putting on.”

A community leader in the neighbourhood said, “I called the DPO. No response. I called and reported to the SO. I have over six or eight firefighting numbers. I called almost all. Only one or two who responded said they can’t access the spot with their vehicles.

“My community boys around took to self-help. If not for them, the fire would have affected a nearby storey buildings and more surrounding properties. It was when I got to the scene at dawn that I saw a man burnt to death, beyond recognition.

“They said he was a guest to the girl who lives in that apartment. The girl had escaped and ran away. I don’t know the landlord of the affected structures, but I know the water from belongs to some persons in the community. They don’t live there. They may not know what happened.”
Top Stories