A pastor has been accused of hypnotizing and killing the only son of a family in Ogun state. 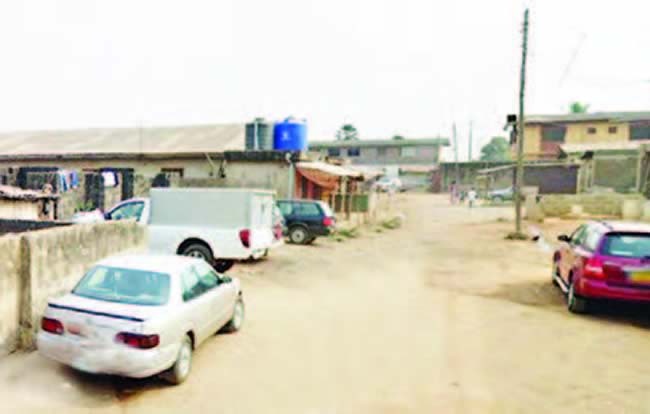 File photo: An area in Ifo

The family of Pelumi Babayemi has accused the pastor of a Christ Apostolic Church, David Ayorinde, of allegedly hypnotising and killing their son in the Ifo area of Ogun State, Punch Metro reports.

The family alleged that prior to the death of Pelumi, the pastor, whose church is in the Abekoko area of Ifo, had turned him against them by hypnotising the young man in order to easily perpetrate the act.

According to Punch Metro, it was gathered that the 22-year-old Pelumi, who played drums, had gone to visit Ayorinde in his house when he slumped.

The mother of the victim, Peju, said Ayorinde arrested her and her husband on the pretext that their son had committed a crime.

She added that after Pelumi slumped, the pastor went to report to the police instead of taking him to hospital in order to save his life.

Peju said, “Pelumi was my only child; he played drums and used to go to churches to play. The owner of one of the churches he played for came to us and asked us to allow him to stay with his family with the promise that he would work as a secretary in their bakery. We obliged and he started living with them.

“All of a sudden, Pelumi left the place. We searched for him for a while and when he came back home, he told us that he met a guy in one of the places he went to play drums, who took him to Ayorinde that he should be playing drums in his church. He moved to the pastor’s place. We kept asking Pelumi to take us to where he was now staying, but he didn’t, because the pastor had already hypnotised him.

“On July 19, members of the family of the pastor he was formerly staying with were arrested and his father and I were also arrested. We were taken to the Ifo Police Station on the pretext that Pelumi had stabbed someone and the person was in a critical condition in hospital. Unknown to us, it was Ayorinde, who fabricated the lie.

“We got to the police station around 2pm and we were not allowed to see him. It was around 5.30pm that the policemen told us that Pelumi had died.”

The father of the deceased, Ebenezer, said the circumstances surrounding his son’s death showed that he did not die of natural causes.

He also alleged that the police were trying to cover up the case by tampering with the available evidence.

The 53-year-old stated, “We learnt that my son left the bakery around 11am and went to Ayorinde’s place. It was while he was at Ayorinde’s house that he was told to enter a room. As soon as he stepped into the room, he allegedly fell down and died.

“When we went to the hospital, the doctor said the autopsy showed that if Pelumi had been taken there immediately, he would have survived it, because he had about four hours to live. But instead of the pastor taking him to hospital, he covered him up and went to the police station and bribed the police to do his bidding.

“Pelumi fell down around 11am and we were not informed until around 2pm. The police tampered with his pictures when he died. The police took his body from the mortuary back to the pastor’s house and took a different set of pictures. Pelumi’s belongings are still in the pastor’s place but as soon as the incident happened, Ayorinde removed the signboard of his church.”
It was gathered that following complaints by Pelumi’s parents, the pastor had been arrested and was being detained.

When the state Police Public Relations Officer, Abimbola Oyeyemi, was contacted, he said the suspect and the case had been transferred to the State Criminal Investigation and Intelligence Department, Eleweran, Abeokuta, for proper investigation.

Oyeyemi stated, “The man (Pelumi) was a drummer and we learnt that he used to come to Ayorinde’s church to drum. He had not been frequent in the church but he only showed up on the day of the incident and slumped on the premises of the church and he died.

“The father of the victim did not believe that he died of natural causes. He accused the pastor and that was why the pastor was arrested. The case has been transferred to the SCIID, while the corpse of the deceased was taken to hospital for post-mortem examination. The case is still under investigation.”
Top Stories