BBNaija: You Are Not Fit To Be A Leader - Mike Attacks Seyi


Mike alongside Seyi, Mercy, Diane, and five other housemates are all members of Team Cruisetopia. 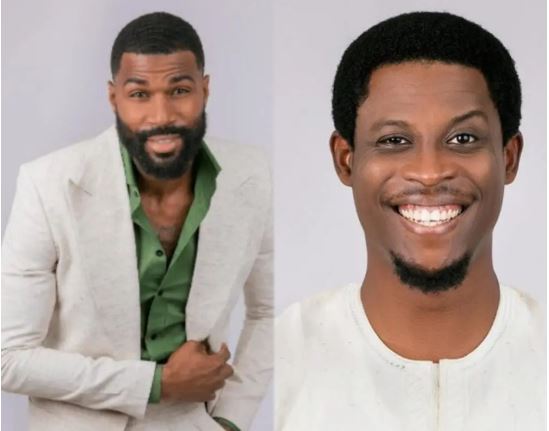 Mike and Seyi
The 2019 edition of the Big Brother Naija, BBNaija reality show, ‘Pepper Dem’ gang witnessed another rowdy moment on Thursday.
BBNaija housemates and team members: Mike and Seyi got into an argument during their rehearsal for a challenge given to them by Biggie.
Mike was making fun of Seyi’s statement that the earth is round but was shut down by Seyi who took it personal and walked out of the team.
This did not go down well with Mike as he confronted Seyi, urging him to act like a leader, be objective and stop being ‘hypersensitive’.
Seyi replied Mike: “Please, I don’t like you coming to me for personal beliefs, I find it offensive and childish.”
Mike, while responding, said: “Why are you offended, stop being hypersensitive, you can’t raise your voice at me and expect me to roll over.
“You cannot keep forcing your opinion on all of us. You overreact sometimes.
“You don’t call yourself a leader and walk out every time there is a provocation or you can’t control the situation.
“You are not fit for leadership when you keep quitting. To me, that is petty I don’t work with sensitive people.”
Mike alongside Seyi, Mercy, Diane, and five other housemates are all members of Team Cruisetopia.
It would be recalled that Big Brother divided the housemates into two teams; The Icons and Cruisetopia.
Top Stories

'My Girlfriend Has Left Me, I Don't Get Movie Roles Anymore' - Uche Maduagwu Cries, Says He's Not Gay
Recent Stories