Four-year-old Dies After Accidentally Pouring Hot Water On Self


A four-year-old girl died in agony after pulling a huge pan of boiling water off a stove and over her head. 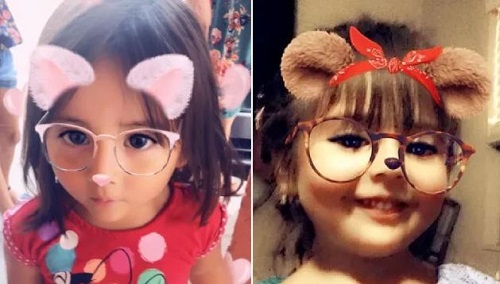 The kid died in Corsicana, Texas, in the early hours of Saturday, about 12 hours after the horrific accident. Police officers were called to the home that evening, with the person who dialed 911 saying that they had tried to treat Amberly themselves, only for the little girl to die due to the injuries she sustained.

Amberly sustained terrible burns to her head, chest, arms and other parts of her body, with an autopsy later confirming that those injuries killed her. The youngster’s aunt Joann Reyna Elizalde Pineda, from Phoenix, Arizona, suggested that Amberly was in foster care at the time of her death, in a Facebook post written in Spanish.

She has since made a series of heartfelt tributes to Amberly online, writing, “Baby girl I would forever miss you and love you it’s not fair what happened to you! ‘Please God make this pain go away!’

She later added: “I still can’t believe what’s happening to us!! Our princess left us! With our hearts broken in millions of pieces! I held you in my arms and I gave you your name! It breaks my heart that you had to go so soon baby girl!! There are no words that can explain my pain!”

Speaking to Metro US, Joann said Amberly’s family are now desperately trying to retrieve the little girl’s body amid plans to cremate her in Texas.

Juana Marquez, 42, has been charged with abandoning or endangering a child. She is said to have been caring for Amberly at the time of her death. Amberly’s aunt has hit out at Marquez online, calling her ‘the lady that didn’t take care of our princess even though she was supposed to have been taking care of her.’ She added, “My baby suffered! She didn’t take her to the hospital! We want justice! Please God help us.”
Top Stories