Yari and his accomplices were also ordered to appear in court to show course why the accounts should not be forfeited to the federal government. 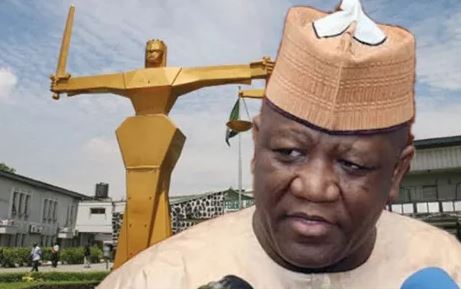 The court also ordered the seizure of two firms linked to him.

The ICPC had filed and an ex-parte motion, praying the court to grant it leave to freeze the account.

It said the Ex-Governor and the two companies linked to him engaged in shady deals whose interests were not favourable to Zamfara state and the country.

Justice Taiwo Taiwo, ordered that the accounts in two Nigerian banks, which had funds in dollars and naira unto the tune of N24,289,910 and $669,248 be frozen by ICPC.

The court also ordered Ex-Governor Yari and his accomplices to appear in court on the adjourned date of September 11 to show course why the accounts should not be forfeited to the federal government.