The president of the Nigerian senate, Ahmed Lawan and other senators have been pictured arriving Daura to pay Buhari homage. 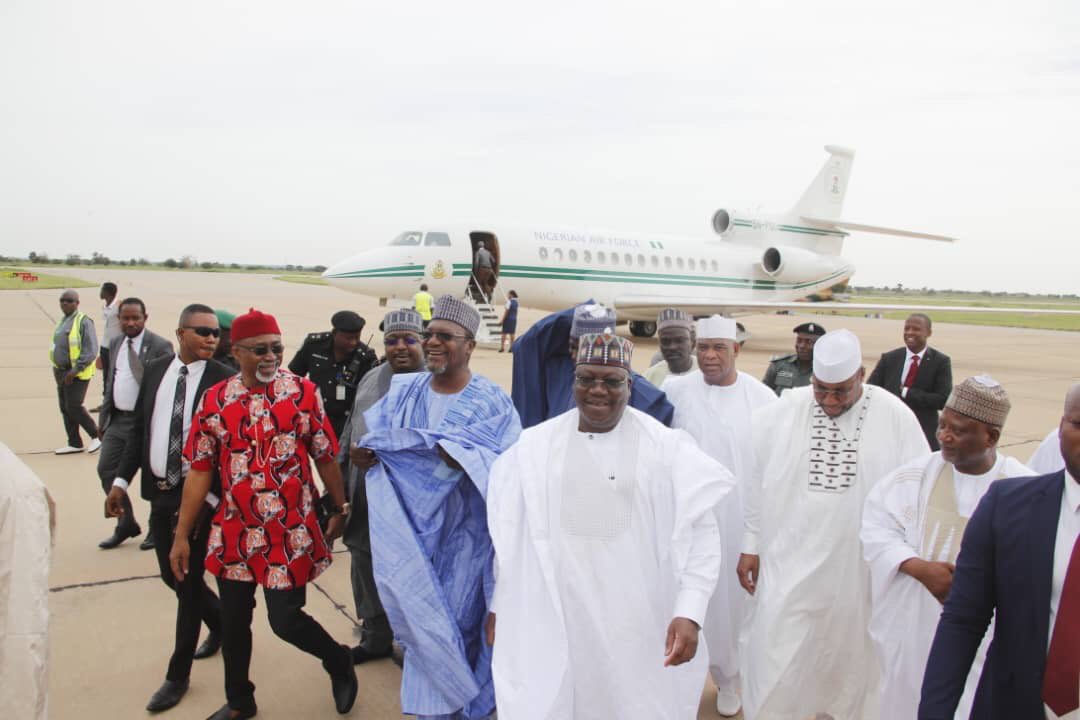 A photo of the Senators arriving at the airport was shared on the verified Twitter handle of the Senate.

Lawan returned from the 2019 hajj on Thursday.
Buhari had left Abuja for Katsina last Thursday to celebrate the Eid-el-Kabir in his hometown of Daura.

The Eid-el-Kabir had been celebrated on Sunday and the Federal Government had declared last Monday and Tuesday as public holidays. 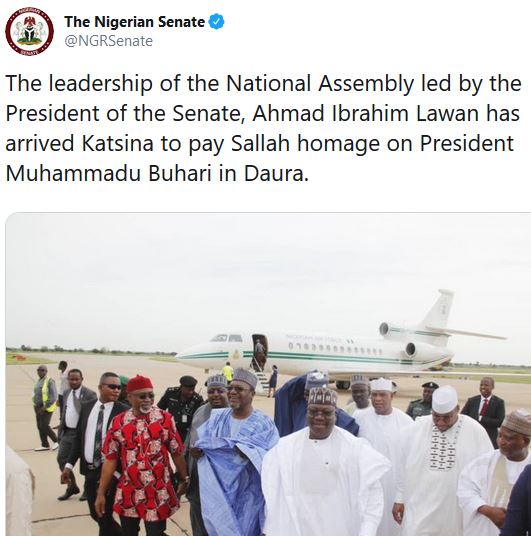