Andy Ruiz Beat Me With A Lucky Punch, He's Not That Skillful - Anthony Joshua Speaks Out


Anthony Joshua has said Andy Ruiz was only to beat him because he landed a lucky punch during their championship fight. 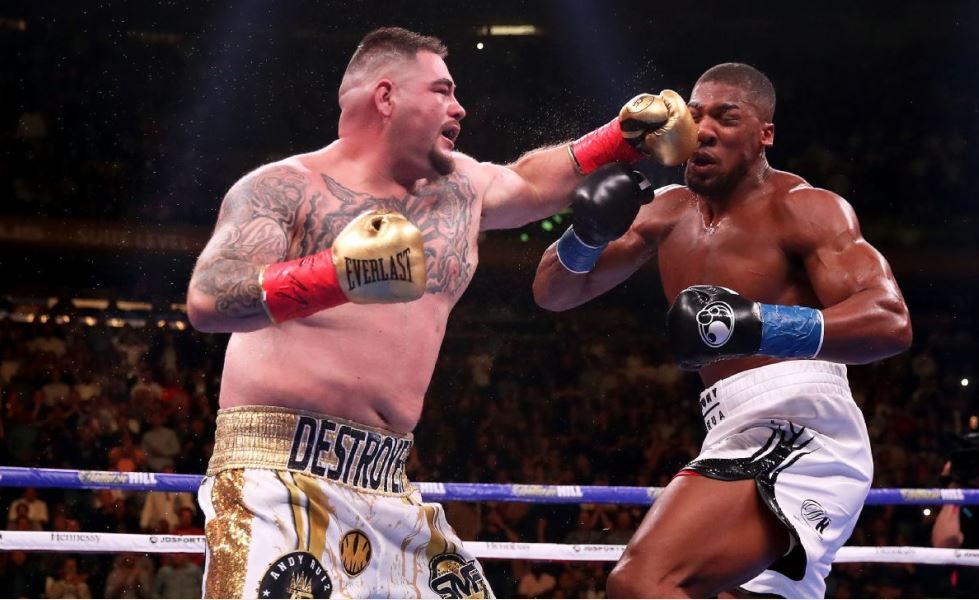 Anthony Joshua claims that Andy Ruiz only beat him with a ‘lucky punch’ in their first meeting in June, and that the heavyweight champion ‘ain’t that skilful’.

Joshua lost his IBF, WBA, WBO and IBO heavyweight titles to the Destroyer at Madison Square Garden, being stopped in the seventh round in New York.

The Brit was floored four times in the bout before the referee stepped in and waved off the fight, handing Ruiz the victory in one of the biggest upsets in recent boxing history.

However, Joshua was not impressed by the new champ, dismissing his efforts as ‘lucky’ and questioning his skills in the ring.

‘By a lucky punch. By a punch sent by the gods,’ Joshua told Sky Sports about his defeat in America.

‘So I’m just shocked it took Ruiz Jr another four rounds to get me out. Let me concuss Ruiz Jr – he won’t get back up.’

‘He ain’t that skilful. He’s a good fighter.’

Joshua actually scored the first knockdown of the match, flooring Ruiz in the third round and the former champion believes he was over-zealous in going for the finish.

‘Ruiz Jr got hit by a flash knock-down – he was still raw, he wasn’t well-done, he wasn’t cooked yet. I should have left him a little bit longer. But the instinct in me was: “Boom!”

‘I ended up getting caught with a left hook on the top of the head.’

The two heavyweights will meet again on 7 December in Saudi Arabia and Joshua is extremely confident of winning the rematch.

When asked about his plan for the second bout, Joshua said: ‘Do what I did in round three, but with more silky skill. And that was easy to put him down. So I need to be smarter, next time.

‘It was never the game-plan to have my arms low, and be over my front foot.’
***
Source: Metro UK
Top Stories