Controversy has rocked a private medical facility in Abuja following the death of a lawyer after cosmetic surgery. 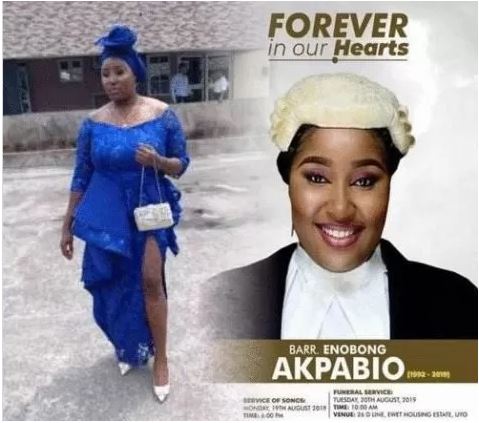 Barr. Enobong Akpabio
The death of an Abuja based businesswoman, Barr. Enobong Akpabio who died after complications from a body surgery at a private medical facility in the Federal Capital Territory (FCT) is now a subject of controversy.
According to reports, the medical and laser facility where the lady simply described as Eno performed the body enhancement surgery came under attack, after the hospital posted on its social media page, advertisement containing gory pictures of a successful surgical procedure which was mistaken as the picture of the deceased.
Infuriated by the pictures, friends and family of Eno, as well as followers of the page launched an attack on the hospital and expressed disappointment that instead of a statement of remorse about her death, the hospital resorted to using her pictures for advertisement.
But in a chat with The Guardian, the CEO, Grandville Medical and Laser, Dr. Ayo Aranmolate who is a plastic surgeon explained that Eno had surgery in his facility last week Thursday, but lost blood, which led to blood transfusion. He said during the blood transfusion, Eno reacted to the blood and the blood was stopped and sent to the blood bank for re-check.
Aranmolate said that he noticed that the deceased will need more monitoring and care, which necessitated her being transferred to an Intensive Care Unit (ICU) where she died three days after her surgery. He observed that doctors do not have control over blood, as it is what the blood bank provides after the patient’s samples have been sent to the blood bank for cross-matching that is used.
See more photos below: 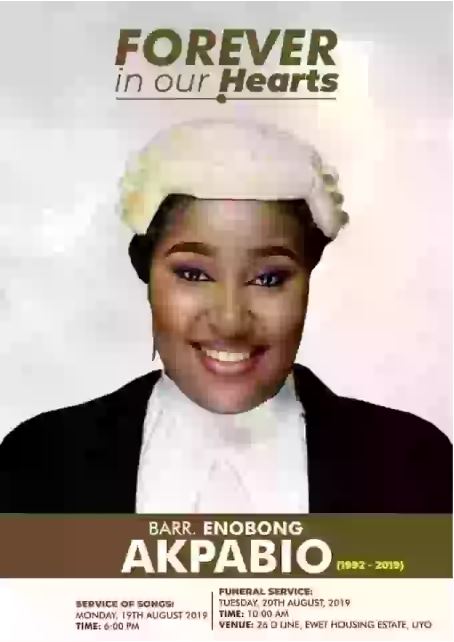 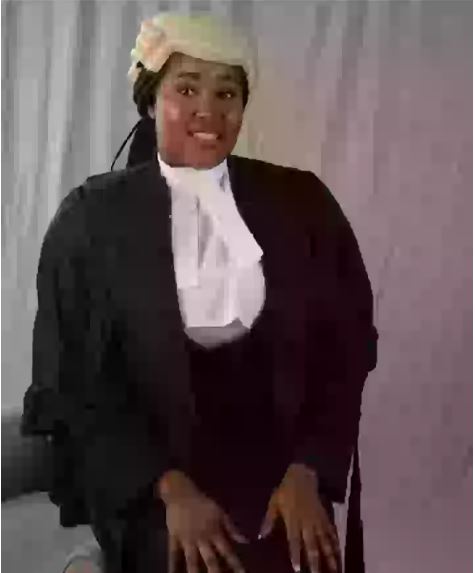