A gospel singer who posted her bikini photo on her social media page has been forced to delete it after serious backlash. 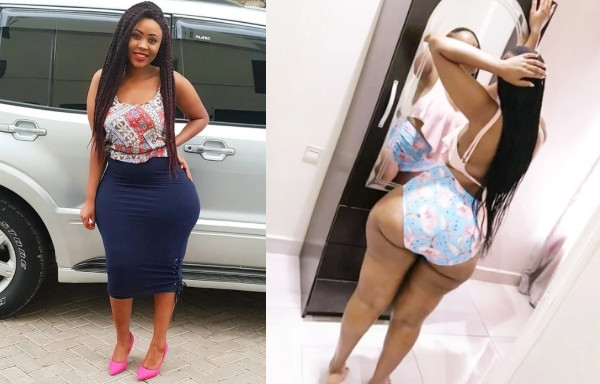 Nicah was forced to take down the photo
A Kenyan gospel singer, Nicah the Queen has been accused of marketing her body on social media after posting a photo visibly showing her bum.
The musician was forced to take down the bikini photo she shared on Instagram after suffering serious backlash from her fans.
The photo she shared came with a caption which suggested that she was trying on the bikini before heading out for a swim. 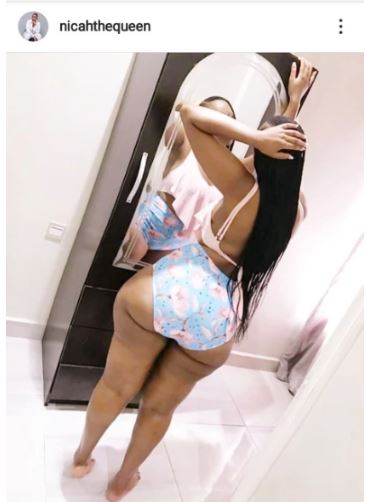 The controversial bikini photo
"I know it's not about them but the day before I shaved I got myself a bikini ... go swimming or just leave it. It’s never that serious,” the gospel singer captioned the photo.
The photo led to a heated exchange between Nicah the Queen and some of her followers before it was eventually deleted.
Here is a screenshot of some comments on the photo below: 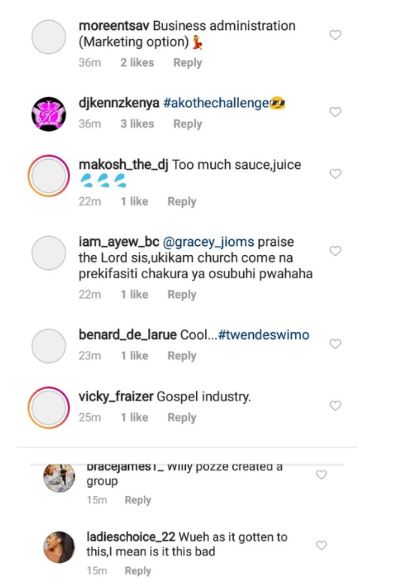 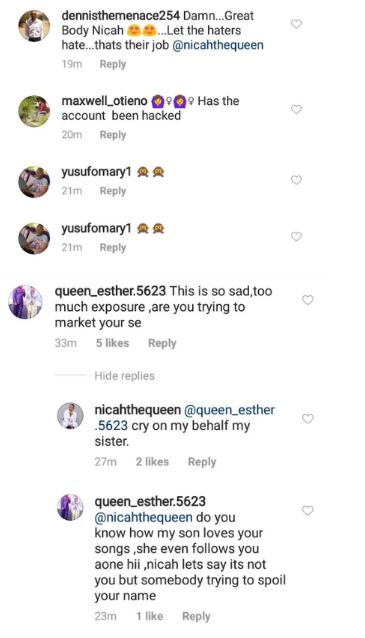 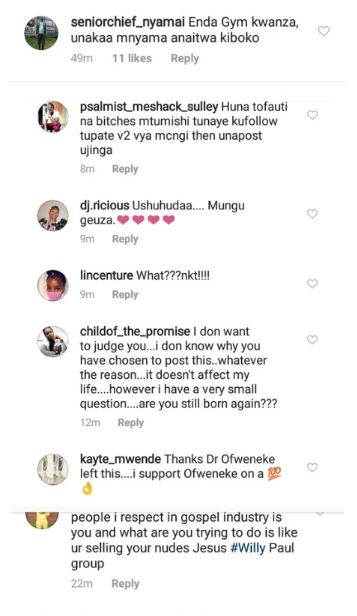 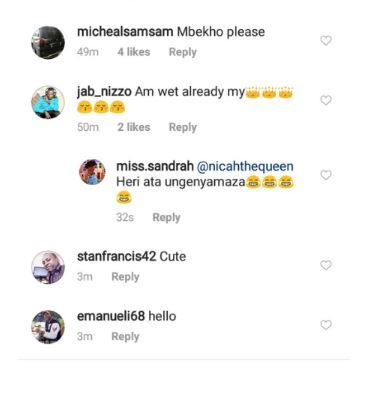