Five Persons Arrested After Hausas And Yorubas Clashed In Lagos


Following a clash between Hausas and Yorubas in Lagos, the police has arrested five persons. 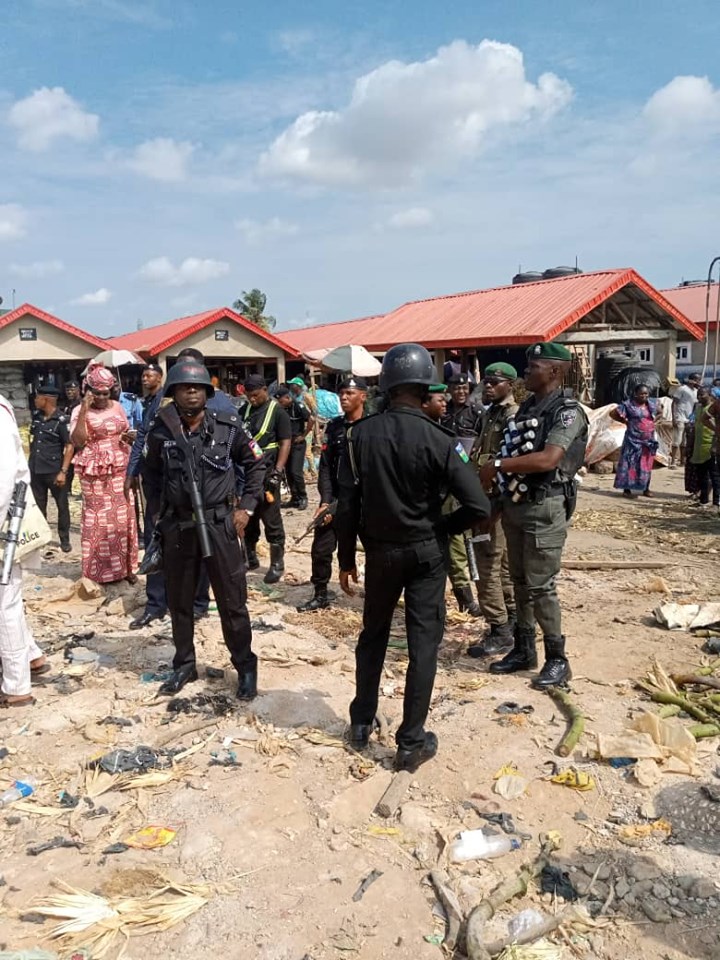 Police at the scene of the incident
A clash which broke out at a market in Oke Odo area of Lagos State has left four persons injured, according to Channels Television.
The fight which occurred on Sunday was said to be a result of a misunderstanding between two young men from the Hausa and Yoruba tribes.
According to the Police Public Relations Officer in the state, Bala Elkana, the injured persons have been taken to a hospital for treatment while no death was recorded.
“On 18th August 2019 at about 10.00am, one Alhaji Adekunle Habib ‘m’ of Ilepo Market reported at Oke Ode Police Station that there was a misunderstanding between one Hausa scavenger and an Area Boy from Yoruba ethnic group.
“The area boy was carrying some goods on his head and was pushed by the Hausa boy in error and the goods fell down,” Elkana said in a statement.
He explained that arguments ensued between the two parties which led to an exchange of blows, adding that friends of the two parties joined in solidarity fight.
The Police Command spokesman, however, said some people took advantage of the moment to steal and loot.
He said the suspect blocked the Lagos-Abeokuta expressway, stressing that what started as a fight between two miscreants almost snowballed into ethnic crises but the police quickly intervened.
“Police teams from Oke Odo Division were the initial responders. The Command sent reinforcements from the Operations Department, Rapid Response Squads, Taskforce, Tactical Units and Police Mobile Force.
“Divisions within the Area Command equally send reinforcements. The situation was brought under control and traffic cleared,” Elkana added.
He said five persons – Kabiru Mohammed, Kabiru Adamu, Bashiru Mohammed, Saliu Madu, and Yusuf Amuda – were arrested in connection with the breach of peace.
The command’s spokesman noted that normalcy has been restored with patrols ongoing in the affected areas.
He said the suspects would soon be charged to court.
Top Stories