Why I Delved Into Gospel Music - Physically-Challenged Singer, Nwokeocha Opens Up


Nigerian singer, Chuks Joseph Nwokeocha has revealed why he delved into gospel music. 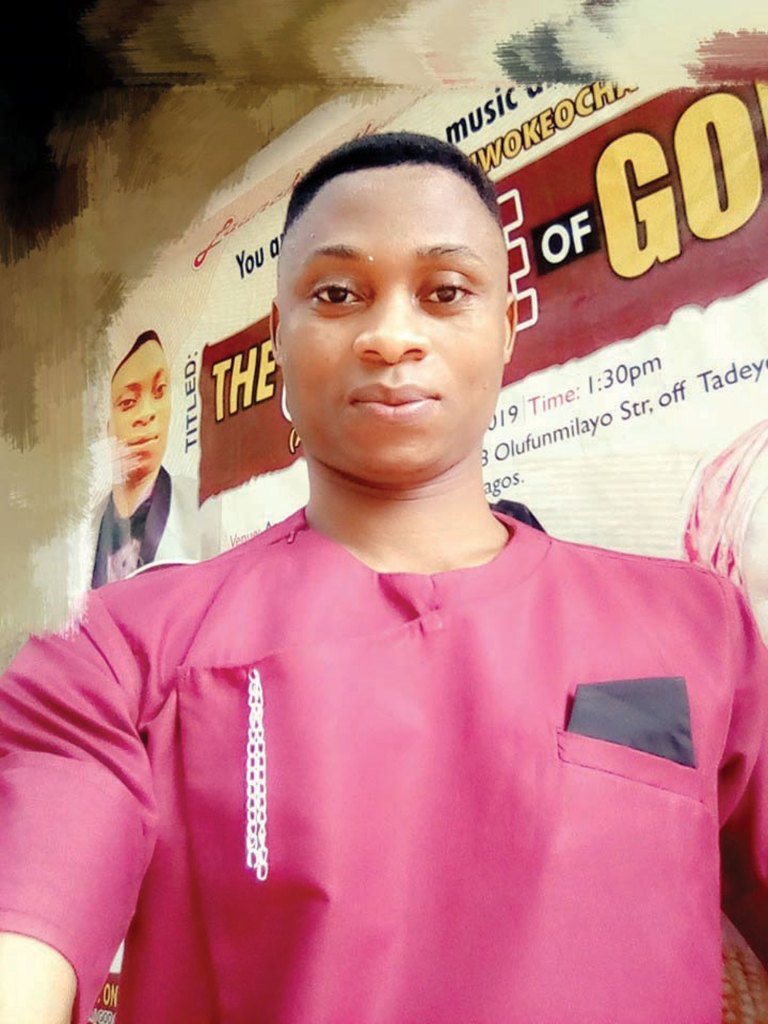 Chuks Joseph Nwokeocha
A physically -challenged singer, Chuks Joseph Nwokeocha has been explaining why he delved into gospel music, saying’ it was a result of his desire to use the medium to testify how God spared his life while he was a child, Vanguard reports.
The rising singer said the enemies attempted to terminate his life at infancy, but God intervened and saved him.

Nwokeocha, now an Evangelist who hails from Ebony State, recently released his debut album, titled, ” The Grace of God’. The album contains eight tracks of testimonial worship songs that express the singer’s gratitude to his maker.

Nwokeocha may be physically-challenged, but his condition does not deprive me from living a normal life and discovering his talent. He revealed that he asked God for a gift of singing and He granted him, his heart desire.
“I delved into gospel music as a way of testifying what the Lord has done in life. I have no one to thank but Him. It’s a part of me testifying the goodness of God in my life, especially when I remembered how I started, Nwokeocha explained.
Narrating to his ordeal, Nwokecha who started singing professionally since 2017, said he comes from a polygamous family, where his mother was blessed with eight children.
Out of envy, his father’s other wives rose against his mother, and almost terminated his life, while she was carrying his pregnancy. In the process, he lost one of his legs as a result of the spiritual attack.

The 25 year-singer, said that he survived the attack at the age of 6, inspired his decision to delved into gospel music to praise his maker. He’s looking forward to releasing more soul-lifting songs and collaborating with other gospel singers in future.
Top Stories