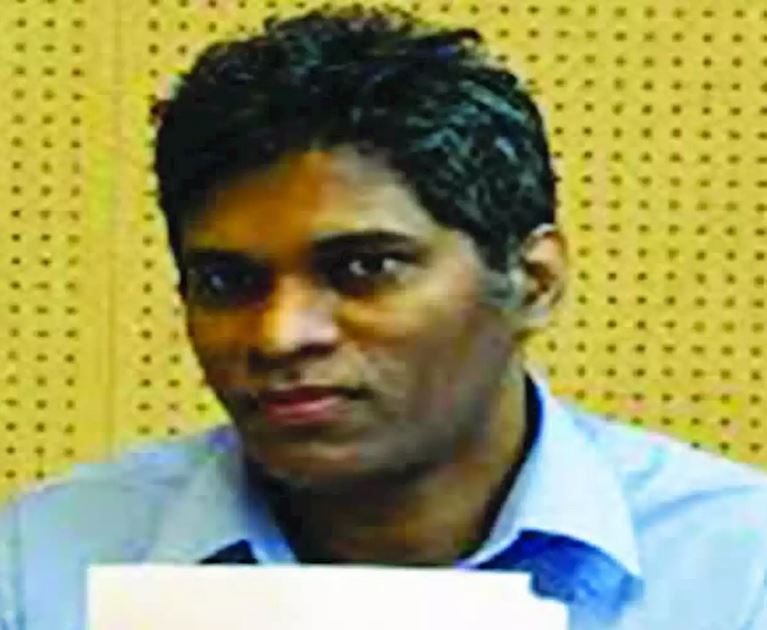 Wilson Raj Perumal
Yet to come to terms with FIFA’s life ban on ex-Super Eagles coach, Samson Siasia, for bribery and match manipulation, the country’s football community have been jolted again with a viral video, where notorious Singaporean match-fixer Wilson Raj Perumal claimed he fixed the Super Eagles’ 2010 World Cup qualifier against Kenya to help the Eagles qualify for the Mundial in South Africa.

Perumal, who headed an underground match-fixing syndicate based in Singapore, opened up on his dirty deals and connivance with players, football federation officials from Kenya, Zimbabwe, Mozambique, Lesotho, Togo and Nigeria to manipulate and fix matches.

Perumal, who was jailed for two years for fixing and manipulating matches at international level, revealed in an interview with Al-Jazeera’s undercover series, People and Power, how he tapped up some African national team players and their federations in fixing international friendlies and matches during South Africa 2010 world cup qualifiers through his company Football For You international.

“Evading securities, it became more sophisticated and we decided to reach out to federations and players in South East Asia and Africa. It was easy to convince players and officials from these impoverished areas.

“Zimbabwe was the first national team to fall under my spell. I promised to take care of the entire Warriors’ feeding, accommodation and traveling expenses while also guaranteeing them $50,000 per match in 2008, provided they play ball,” he said.

However, four years later, the Zimbabwean media exposed the scandal branding it Asia Gate. And, about 80 Zimbabwean players and officials were axed by the country’s football governing body ZIMFA in 2012.

The Singaporean in a lengthy detail, explained how him and partner, Manimaran Kalimuthu, met some officials of the Nigeria Federation Football at the Transcorp Hilton Hotel, Abuja, early 2009 to strike a deal ahead of the Super Eagles make-or-break 2010 final qualifier against Kenya.

Perumal, alongside his trusted associate, flew to Nigeria in 2009 to meet with NFF officials.

“I told them I’ll make sure I do everything to make Nigeria qualify for the World Cup in 2010, as I’ve got two to three players in the Kenyan team that are ready while my company will give Mozambique $100,000 for getting a positive result against Tunisia in Maputo.”

In exchange, he wanted his company to get the official mandate to organise pre-W/Cup friendlies for the Eagles.
Nigeria beat Kenya 3-2 in Nairobi, while the Black Mambas grabbed the three points off Tunisia with a shock win.

But Perumal was left furious as the final 3-2 score cost him millions of dollars.

“He was really angry when the three Kenyan players came up to the hotel room. He told them he lost millions because he told them to make sure it was a two-goal difference and not one. I didn’t see him pay the trio any money,“ Kalimuthu confessed.

Though, the former came out to vehemently deny knowing the Singaporean when Aljazeera reached out to him.