A court in Lagos state has ordered the Federal Government to appear before it and give explanation why Sowore is being detained by DSS. 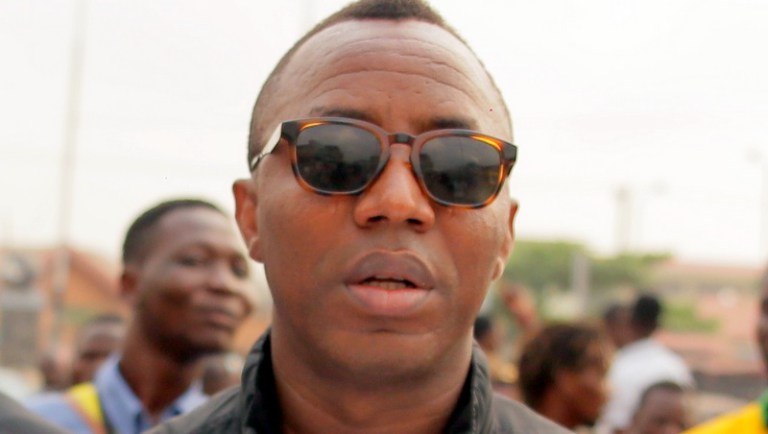 Omoyele Sowore
A Federal High Court sitting in Lagos has ordered the Federal Government, the Department of State Services (DSS) and the Inspector General of police toexplain why Omoyele Sowore and all other persons arrested and detained in connection with the peaceful protest held on August 5, 2019 should not be unconditionally released.
According to Channels Televisison, the court also ordered the DSS and the IGP to appear before it on the next adjourned date of September 4, 2019.
Justice Nicholas Oweibo made the order while ruling on an exparte application brought by a Lagos lawyer, Olukoya Ogungbeje in a suit challenging the FG, DSS, IGP and the AGF on his right to peaceful protest, assembly and association.
Ogungbeje, who filed the suit on behalf of himself and others who participated in the #Revolutionnow protest asked the court to also declare as unconstitutional and illegal, the police clampdown of the protesters and the arrest of Sowore by the DSS.
He also asked the court to make an order for the immediate and unconditional release of those arrested and detained.
But instead of ordering the release of those detained, justice Oweibo granted Ogungbeje leave to serve the DSS and the IGP so he could hear from them on the next adjourned date especially on why Sowore and others should not be immediately released.
Top Stories