Venita will not mind coming between Gedoni and Khafi who have been regularly having s*x in the Big Brother Naija reality show. 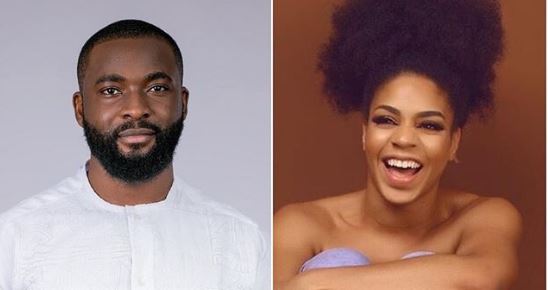 Gedoni and Venita
Venita has threatened to ruin Khafi’s relationship with Gedoni if she so wishes.
After escaping eviction, Venita seized the moment to clear things out among themselves. One of such housemate was Venita and Gedoni.
Venita expressed her disappointment that Khafi told others in the house about their little misunderstanding before one of the tasks on Thursday, August 15, 2019.
Even though she appeared a bit calm during Ebuka’s chat with the housemates during the live eviction show, Venita revealed to Gedoni that she’s unhappy with his love interest.
Venita vented her anger to Gedoni, who offered her a hug to pacify her.
Fortunately for him, this calmed her down a bit, but Venita was not done yet as she said, “If I decided to set my compass on you, she will not stand a chance.”
Remember that there had been no love lost between Venita and Khafi and though they had a one on one chat some days back to iron things out, it is clear that Venita has not buried the hatchet yet.
Top Stories