A suspected bandit has made a confession about how a helicopter dropped weapons inside the forest after he was arrested. 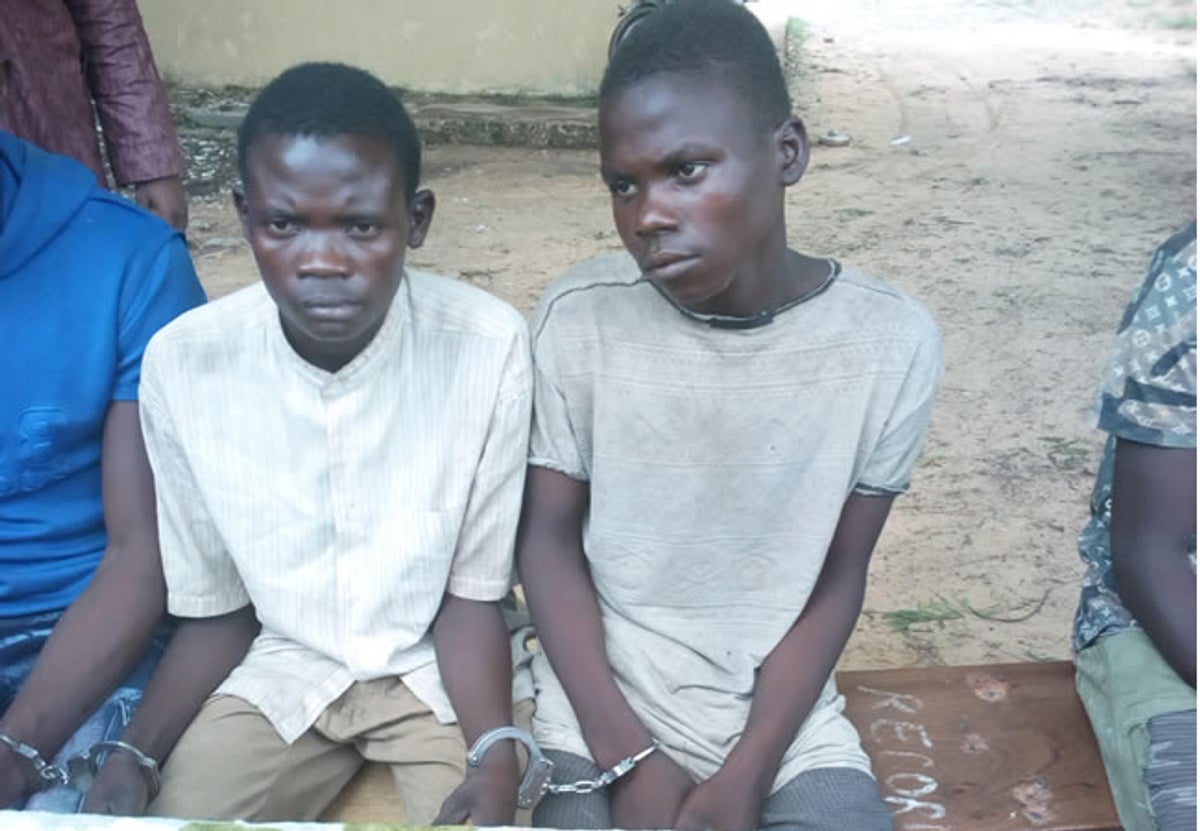 Suspected bandits, L-R: Aliu Musa and Salmanu Isah. Police photo
According to a report by Punch Metro, a 20-year old suspected bandit, Aliu Musa, revealed on Wednesday that he once watched an helicopter drop weapons for his boss inside Dinya Forest in Kankara Local Government Area of Katsina State.

Musa, along with another suspected bandit, Salmanu Isa, 18, were among other suspects paraded for various offences at Katsina Police Command headquarters.

Musa told journalists in an interview that the weapons were dropped in broad daylight for his boss inside the forest.

He said, “I once saw that aircraft with fans on its head (helicopter) drop weapons for my boss while we were inside forest at Dinja.

“It is only my boss who would go and pick the weapons while we would be watching from where we stood.”

On further prodding, Musa said he had killed at least five people during their various operations, adding that he was paid N17,000 after each operation.

He said the leader of his gang had been at large.

The Command spokesman, ASP Anas Gezawa, who briefed the Press on behalf of the Commissioner of Police, Sanusi Buba, before the parade of the suspects, said the gang that Musa and Isah belonged to had killed no fewer than 25 people in their various operations.

“During the course of investigation, the suspects confessed that they were bandits that had been bedeviling Kankara village.

“The first suspect, Salmanu Isah, mentioned that they attacked some villages with his syndicate, where they robbed Zango village and went away with eight cows.

“He also confessed that he shot dead one person before going to rob at Santa village, where they snatched six sheep and some food items.

“They also went to Bela and Zango villages where they killed about 20 people and rustled two cows.

“Furthermore, they went to Omodo village and killed about five people and also rustled eight cows and six sheep.

“They mentioned one Sirajo and Bishir as their gang leaders.”

The Command spokesman said investigation was in progress on their case.
Top Stories