After 22 years of marriage, legendary television personality, Larry King has filed for divorce from his 7th wife. 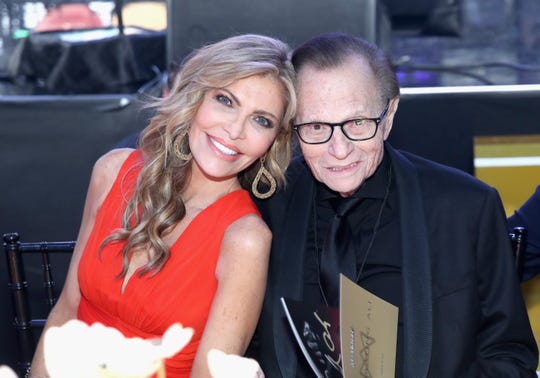 Shawn and Larry King
Larry King has called time on his marriage to his wife, Shawn King, after 22 years.
TMZ reported that the 85-year-old show host filed the divorce documents in Los Angeles Superior Court on Tuesday. The couple, who wed in 1997, have two sons.
The marriage to Larry King was Shawn's fourth.
King initially filed for divorce from Shawn in 2010 before the couple reconciled. In 2016, it was also reported that Larry King was distraught over an alleged yearlong affair Shawn had been carrying on.
“It’s true, and Larry is completely embarrassed and anguished by all of this,” an insider told People at the time, about the alleged infidelity.
“He doesn’t know what to do.”
Top Stories