Buhari assigned the Ministry of Niger Delta to Godswill Akpabio, while Festus Keyamo was named the Minister of State for the same Ministry. 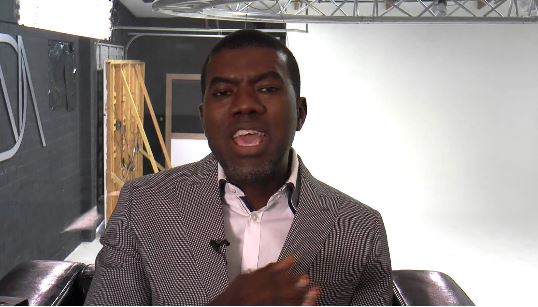 Reno Omokri
Reno Omokri, former aide to ex-President Goodluck Jonathan, has reacted to the ministerial portfolios assigned to Festus Keyamo and Godswill Akpabio by President Muhammadu Buhari.
It was reported that President Buhari on Wednesday swore in and assigned portfolios to his 43 Ministers at the Presidential Villa, Abuja.
Speaking during the ceremony, Buhari charged the new ministers to work towards ensuring better Nigeria and a country of which citizens would be proud.
Buhari assigned the Ministry of Niger Delta to Godswill Akpabio, while Festus Keyamo was named the Minister of State for the same Ministry.
Reacting, Omokri faulted the arrangement.
Mocking in a tweet, the former Presidential aide stated that Keyamo, a former prosecutor with the Economic and Financial Crimes Commission, EFCC, will now be answerable to an ex-suspect.
He tweeted: “Minister of Niger Delta President Muhammadu Buhari’s Festus (Stephanie Otobo) @fkeyamo is a former @officialEFCC PROSECUTOR.
“@SenatorAkpabio is a former EFCC SUSPECT. Akpabio is now Keyamo’s boss. A former PROSECUTOR will now be saying ‘yes sir’ to a former SUSPECT. You can just imagine the irony!”
Top Stories