How I Lured, R*ped Six Other Ladies By Offering Them Phoney Jobs â€“ Alleged Killer Of Akwa Ibom Jobseeker Opens Up
Recent Stories

"Speak Up If You Are Hurt, Donâ€™t Die In Silence" â€” Socialite, PrettyMike Tells Men

Youtube Star Buys Lamborghini For His Friend On His Birthday (Photo)


A Youtuber has shocked his bestfriend after gifting him a Heath Hussar Lamborghini Huracan on his birthday. 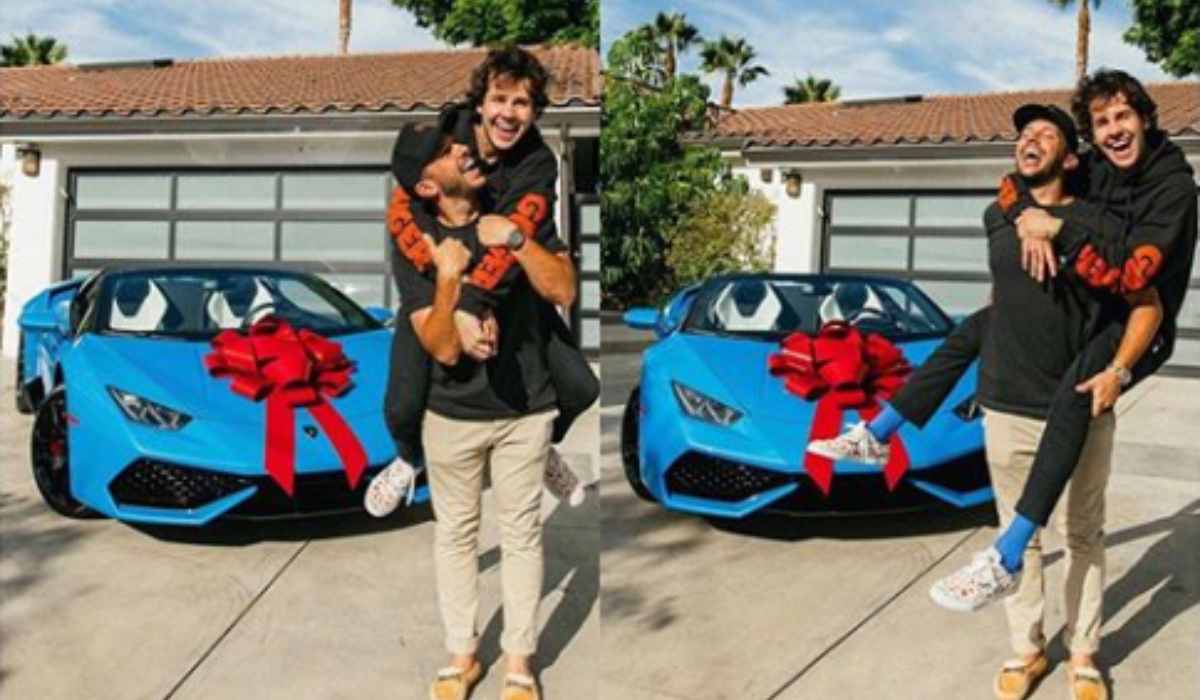 Dobrik surprised Hussar with a Lamborghini
YouTube star David Dobrik has surprised his best friend, Heath Hussar by giving him a brand new Lamborghini Huracán as birthday gift.
Dobrik who is one of the biggest YouTube vloggers with over 13 million subscribers, partnered with EA to promote the launch of the new Need For Speed game ‘Heat’.
On Tuesday, David Dobrik uploaded a touching video, revealing Heath Hussar gift to other friends first, who were all pretty envious, before finally unveiling the Lamborghini Huracán, complete with a big red bow, to him on his birthday.
On seeing his luxury birthday gift, Heath couldn’t believe it was real, but after he was assured this wasn’t a prank, he broke down in tears.

To everyone that said I would never be anything... my best friend just bought me a Lamborghini! Honestly this still doesn’t doesn’t make sense or seem real to me. Dave you’re one incredible person! Thank you so much. I love you brotherâť¤ï¸Ź

How I Lured, R*ped Six Other Ladies By Offering Them Phoney Jobs â€“ Alleged Killer Of Akwa Ibom Jobseeker Opens Up

"Speak Up If You Are Hurt, Donâ€™t Die In Silence" â€” Socialite, PrettyMike Tells Men