Motorcyclist Killed And Buried In Shallow Grave In Ogun


The Police disclosed that the suspects sold the motorcycle of their victim for N120,000 in Ijebu-Igbo after killing the victim. 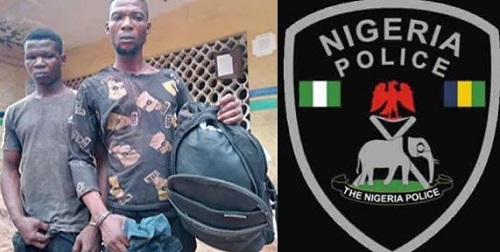 Police in Ogun State have arrested two suspects for allegedly killing a motorcyclist and burying the victim in a shallow grave.

The suspects, who were arrested on Tuesday, included 27-year-old Lekan Odusote and Monday John, 22.

The duo were said to have lured the yet-to-be-identified motorcyclist to an isolated place at Ikangba area in Obalende, Ijebu-Ode where they killed him in an uncompleted building and took away his motorcycle.

The state Police Public Relations Officer, Abimbola Oyeyemi, who confirmed the incident on Wednesday, disclosed that the suspects sold the motorcycle of their victim for N120,000 in Ijebu-Igbo.

Oyeyemi stated that luck ran against the suspects when they were about to share the proceeds.

According to him, their inability to agree on a particular sharing formula exposed the alleged murderers.
Top Stories