Police officers have been caught extorting motorists for using Google map in the city of Lagos. 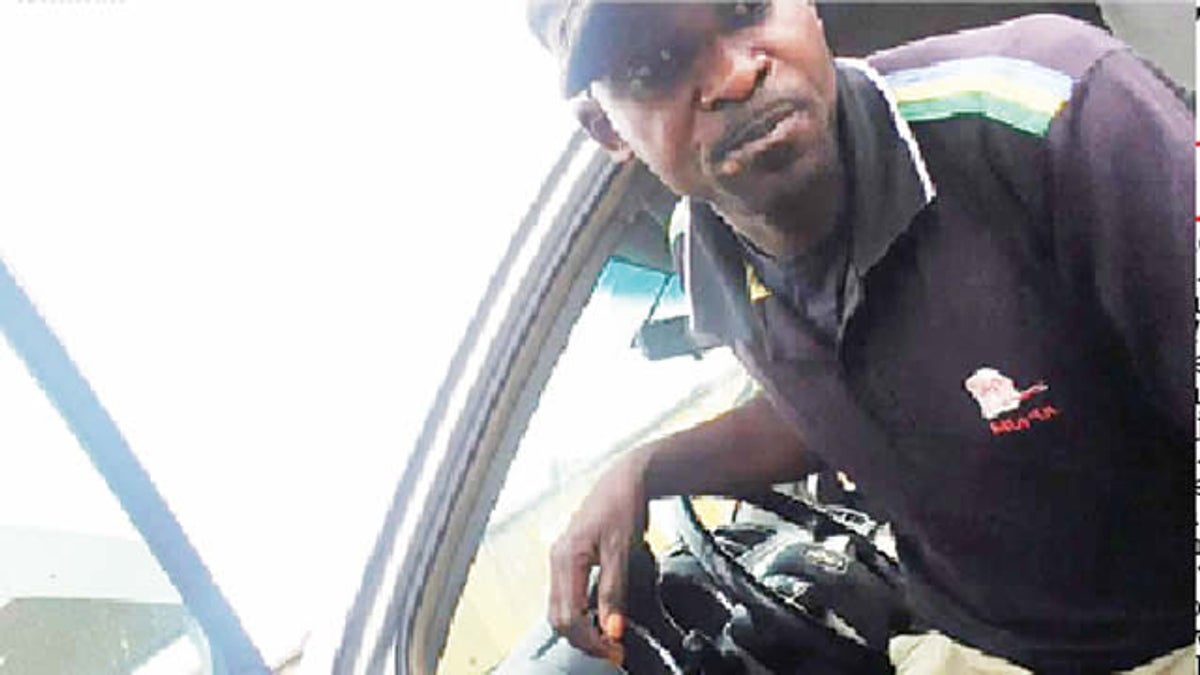 One of the bribe-seeking policemen
The Lagos State Police Command has promised to investigate the alleged extortion of a motorist by some of its personnel.

The state Police Public Relations Officer, Bala Elkana, told PUNCH Metro that the command was already in contact with the victim and action would be taken.

The motorist had gone on the social media to allege that the cops extorted N45,000 from him for using Google map on his phone.

In a series of tweets the motorist, who wrote on the Twitter handle, @viva_jc, stated that he was late for work.

He said, “I was harassed by some policemen on my way to work this morning (Tuesday) at Ojota around 8.10am while I was in traffic. I had reached for my ID card and calculator (needed at work) from the armrest of my car, only for this unarmed policeman to jump in front of my car claiming that I was using the phone while driving. Of course, I argued with him and showed him the stuffs I had reached for, but he kept shouting.

“My reporting time was 9am and I didn’t want to get to the office late, so I rolled down and kept talking to him, only for his other colleagues (two in uniform and one not in uniform) to also join in the drama. The two guys in uniform took my keys and sat in the front seats, while the other two asked me to go to the back (seat) for us to go to the station.

“I was sandwiched between the two, who were not in uniform. Inside the car, they saw my phone; I was using Google map to get the best route to work and one of them kept saying that it was an offence to use Google map while driving.

“These policemen said they were going to charge me N120,000 for the ‘offence’. I had to resort to begging them when I realised that arguing with them wasn’t going to lead me anywhere and I didn’t want to get late to work.

“One of them asked for my driving licence; he snapped it with his phone and he started negotiating on how much they would collect, while they were driving me around feigning that they were taking me to the station.

“Throughout the negotiation, they took turns shouting at me while also playing the good cop and the bad cop in their minds. When they discovered that I needed to get to work as soon as possible, they kept saying the best they could do was to collect N50,000.

“After several pleas, the ‘good cop’, said they would only collect N45,000. By this time, we had got to Maryland and turned back (opposite direction to my office, which I had told them). At the end of the negotiation, they took me back to Maryland and parked by the roadside for me to go and withdraw money at the Wema Bank ATM (they had asked for the money to be withdrawn at the ATM); while one of them went with me, the other three stayed back in the car.”

Lamenting the extortion, the motorist added, “These policemen collected my hard-earned N45,000 for no reason and I still got late to work! This is injustice.”

When PUNCH Metro contacted the state police spokesperson, Elkana gave an assurance that the investigation would soon commence.

“The matter was reported to us and we are investigating it; the victim got in touch with me to report and I told him to come to my office so that we could investigate the matter,” he stated.
Top Stories