OAP Maria Okan Announces Birth of Her Baby With Olamide


Nigerian radio personality, Maria Okan has shared a photo of her new baby with rapper, Olamide. 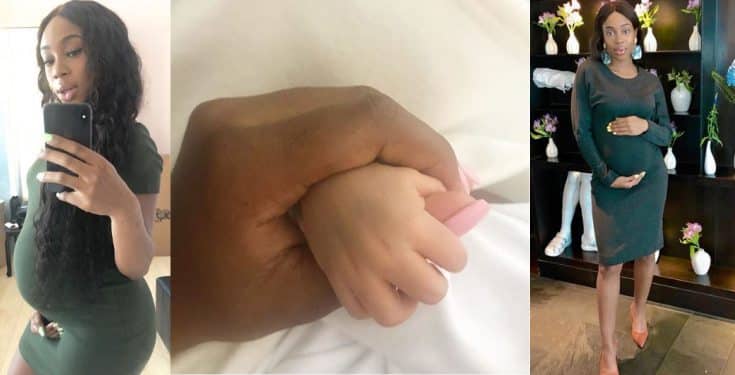 Maria Okan shares photo of her baby
Maria Okan, the OAP alleged to have been impregnated by rapper Olamide, has shared a picture showing her baby’s hand after she recently put to bed.
The Beat FM OAP took to social media where she shared the picture with the caption:
“I can’t stop crying. Look at what I made! Asaiah Monifé Maria. 16th August 2019, 12:56am. Word is born! Thank you God”.
According to reports, a source revealed that when Maria Okan discovered she was pregnant for Olamide, she approached him on the issue and got N2m to terminate the pregnancy and return to the UK.
The OAP took the money and returned to London. However, on getting there, she renegaded on their agreement and kept the pregnancy which is now causing a rift between both erstwhile lovers.
In order to prevent the situation with Maria from turning his union with his girlfriend Bukunmi into a mess, Olamide had to apologize to Bukunmi who in turn forgave him. 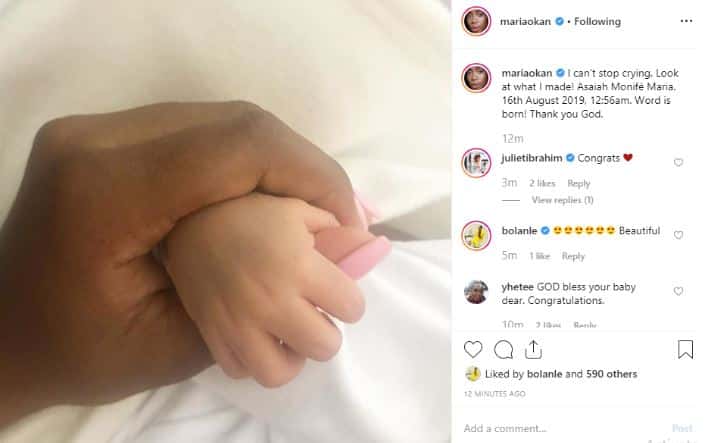