Frodd continued his antics to win Esther's love after stripping for the Head of House. 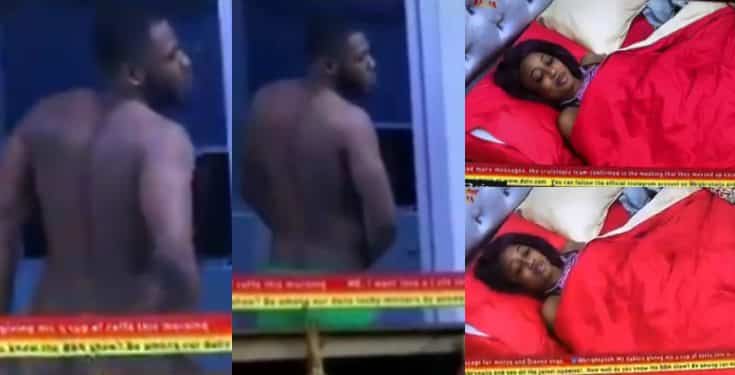 Frodd strips for Esther
It seems like BBNaija housemate, Frodd is ready to do anything in order to please fellow housemate, Esther even though she had obviously shown disinterest in him.
Moving on from pulling off a birthday prank on Esther with Sir Dee and comforting her after she lost a task she was given by Biggie alongside her Cruisetopia group members, Frodd stripped for his love interest in the house this morning.
Frodd stripped and flashed his bare butt after Esther was repeatedly heard telling him that ‘being sexy/stripping is not his calling’. His love interest however covered up her face when he started off the strip act.
Here is the video below: