Pastor Biodun Fatoyinbo has opened up on why he refused to attend a panel setup Pentecostal Fellowship of Nigeria over his alleged rape allegation. 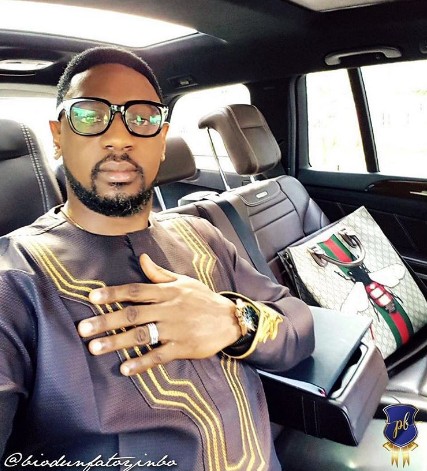 Biodun Fatoyinbo
Founder and Senior Pastor of Commonwealth of Zion Assembly, Biodun Fatoyinbo, has given a reason why he decided to boycott the panel set up by the Pentecostal Fellowship of Nigeria to investigate the rape allegations levelled against him by a photographer, Busola Dakolo.
According to Punch, the cleric stated that he was advised by his lawyers not to appear before the panel because it was prejudiced and may not conduct an impartial session.
The PFN had disclosed on Thursday that its probe into the allegations against Fatoyinbo was inconclusive because he failed to honour the invitation to appear before the panel.
But the Senior Assistant to the COZA Pastor, Ademola Adetuberu, in a statement in Abuja on Friday, disclosed that the legal advice was also premised on the statement issued  by the PFN President, Bishop Felix Omobude, “where our Pastor was publicly disowned.”
The statement read, “We recall that when Pastor Fatoyinbo was invited by a phone call few days ago by Pastor Akinola Akinwale, who is the National Administrative Secretary of PFN, we explained that our Pastor would not honour the invitation due to legal advice hinged on the ongoing police investigation.
“The legal advice was also premised on the press statement issued and personally signed by the PFN President, Bishop Felix Omobude, where our Pastor was publicly disowned.
“Based on the foregoing, we are convinced beyond a reasonable doubt that the PFN was already prejudiced and may not conduct an impartial session.
“According to the report, Rev. Omobude, whom we hold in high esteem, went further to crucify our Pastor without seeking to know his side of the story on the matter. With all due respect, we consider this a prejudicial position in dispensing justice and fairness.”
Fatoyinbo argued that “Even our Lord and Saviour Jesus Christ was given an opportunity for a fair hearing by the Kangaroo panel set up with the prime motive of condemning Him to death.”
He stated that there was no written invitation from the panel or the PFN leadership, apart from the telephone call requesting him to appear before the panel, adding that a PFN officer who spoke to his lawyer was informed that he (Fatoyinbo) would not appear before the panel until the police investigation was concluded.
The embattled cleric, however, assured that he could still appear before the panel after the conclusion of the police probe into the rape allegations.
The statement added, “Once the police investigation is over, our Pastor is ready to honour the invitation. We have also been legally advised to deploy judicial intervention to clear our Pastor as soon as possible, and the process has commenced in earnest.
“We appreciate those who stood and still standing by us. It is our hope that the truth shall prevail at the end.”
Top Stories