Luiz admitted that the Gunners lost the match against Jurgen Klopp's men because they were beaten by a better team. 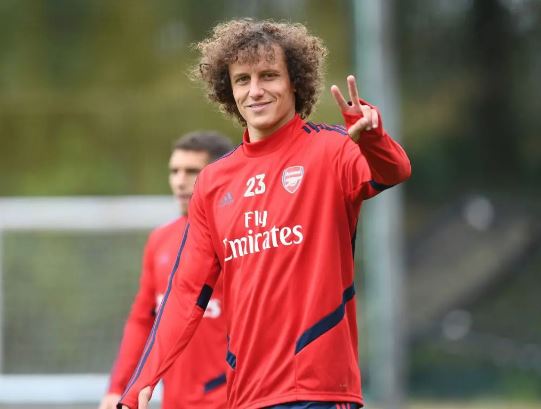 David Luiz
Arsenal defender, David Luiz, has revealed why Liverpool defeated his side 3-1 in the Premier League encounter on Saturday at Anfield.
Luiz admitted that the Gunners lost the match against Jurgen Klopp’s men because they were beaten by a better team.
According to him, if Arsenal had scored first it would’ve been another game, adding that the second goal (penalty) they conceded killed the game.
Mohamed Salah was the Liverpool hero in the second half, scoring two goals after Joel Matip’s opener in the first half.
Luiz was quoted by Arsenal’s official website as saying after the match: “Yes, we were beaten by a better team, but sometimes I think we created a lot of chances to score.
“It’s never easy to play here and yes, Liverpool is amazing. But I think if we scored first it would’ve been another game. We had an opportunity for that. I think the second goal – the penalty – killed the game. After that it was more difficult.
“What we take is the spirit until the end, we were trying to play until the end and we scored a goal, but it could have been a different game today.”
Luiz will now hope to lead Arsenal to victory when they take on Tottenham Hotspur in their next Premier League fixture.
Top Stories