BBNaija: Ebuka Speaks On Being Responsible For Tacha's Second Strike


Big Brother had gathered the housemates in the lounge and played several videos of Tacha's disrespect to Ebuka and fellow housemate. 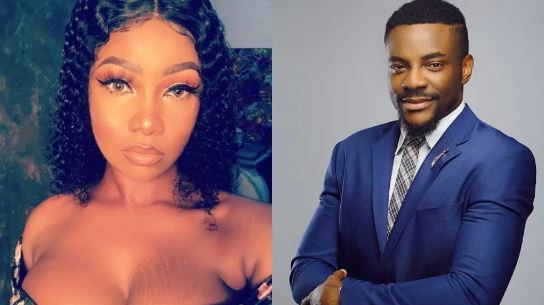 Tacha and Ebuka
The official host of 2019 Big Brother Naija, Ebuka Obi-Uchendu has reacted to complaints by Nigerians over the second strike issued BBNaija housemate, Tacha.
It was reported that Biggie on Sunday evening issued Tacha a second strike for disobeying BBNaija rules and undermining authorities.
Big Brother had gathered the housemates in the lounge and played several videos of Tacha’s disrespect to Ebuka and fellow housemate.
While warning her, he said “a last strike will get you disqualified from the reality show.”
Her second strike stirred reactions from BBNaija fans on social media who blamed Ebuka for Tacha’s punishment.
Ebuka, reacting to the backlash on social media, said he is just an employee and not responsible for all decisions made in the reality show.
On his Twitter page, he wrote: “I never know whether to be flattered or bemused that on a show run by EndemolShine, MultiChoice, Mnet, Deloitte and Red Pepper Productions, people actually think that I call the shots and make all the decisions.
“Unfortunately guys, I’m just an employee. Make una nor vex.”
Top Stories