Three women have been caught on camera trying to steal a stroller from a shop in the United States. 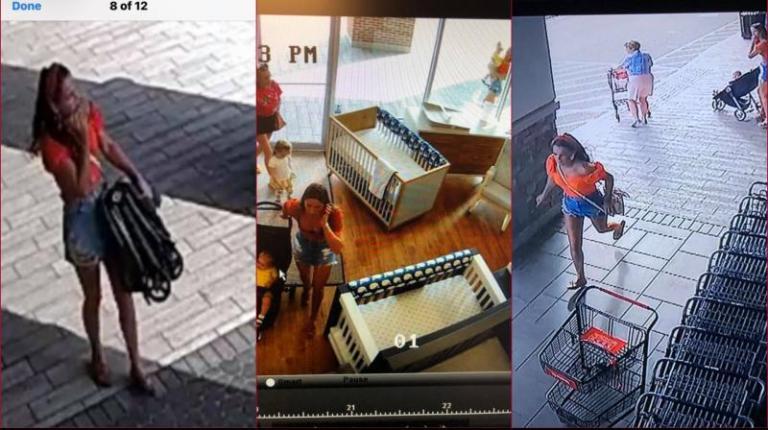 The thieves caught on camera
Three women were caught on camera stealing a stroller from a store in New Jersey, United States. Their theft attempt, however, was foiled when one of them forgot her baby inside the store.
The women were at Bambi Baby in Middletown at the weekend, according to Fox News.
Two out of the team of three women took to distracting the employee while the third one grabbed a stroller and walked out with it.
Surveillance footage shared by Bambi Baby shows the woman picking up the stroller and walking out with it. She takes it out of the store, but leaves her baby behind. Bambi Baby described the theft as “unreal” while sharing the video on Facebook.
According to CBS News, at least six minutes passed before one of the three women came back for the child.
“I was devastated that someone would leave their child in a store to worry more about stealing a stroller,” said store owner Enelio Ortega to CBS News.
“If you need to steal for a living, that’s a personal problem, that’s a personal issue. But when you bring children that have no idea what’s going on, that affected me. That’s why I’m sharing the video as much as possible.”
Watch video below:
Top Stories