Frodd has been left heartbroken after the woman he wants to date told him it will not work. 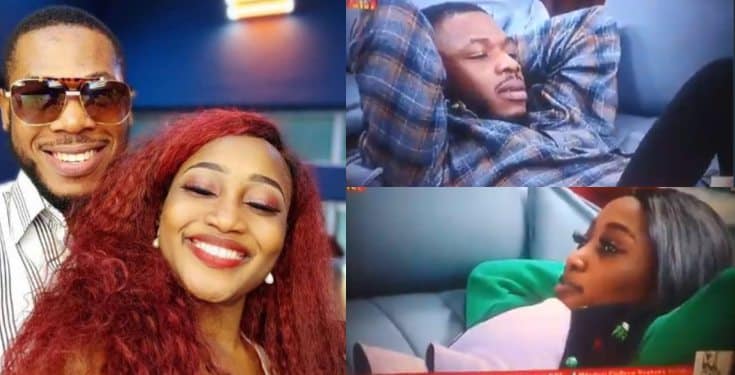 Frodd has been left heartbroken
Big Brother Naija housemate, Frodd couldn't believe his ears after his love interest, Esther told him they can’t date after the reality show.
This was made known after the duo were captured on video having a conversation on what might happen if they end up with each other.
Frodd who seemed to be so enthusiastic about dating the lady could be seen fantasizing on how he would deal with the situation.
But in what could be considered as an unexpected turn of event, Esther told him not to worry as he would find the perfect woman for that thrilling romantic moment.
He was stunned immediately that he ceased to utter a word for some few seconds.
See the video below: