The preacher warned the national leader of the All Progressives Congress (APC), Bola Tinubu, to be careful else he might crumble on the way. 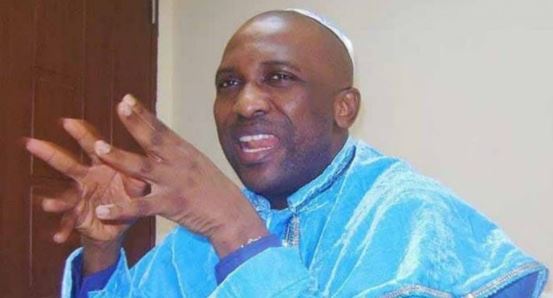 Primate Elijah Ayodele
Founder of INRI Evangelical Spiritual Church in Ejigbo, Lagos, Primate Elijah Ayodele, has said that the 2023 presidency is not for the Igbo.
In a recent chat with newsmen , the cleric said that the Igbo would not stop playing second fiddle to the North Central and the South West, Igbere TV reports.
“Between themselves, it’s not for the Igbo. I’ll let you know the tribe that will come back. But the north will not relinquish power. They will still battle for it. And that is why I said democracy will beak Nigeria,” he said.
When asked again to emphasise his stance on Igbo 2023 presidency, Ayodele said: “The Igbo are wasting their time. They’ll canvass for them but they won’t get it. The North Central and South West will be a problem for Igbo.”
The preacher warned the national leader of the All Progressives Congress (APC), Bola Tinubu, to be careful else he might “crumble on the way”.
He added: “This is the word of God. It is not my word. I’m not a politician. It is only a politician that would say this is what he thinks.”
On the RevolutionNow protest, Ayodele said: “It is not yet time for revolution in Nigeria. The uprising will come in the nearest future. So it is not this man (Omoyele Sowore) that will do it. He’s just like Nnamdi Kanu fighting for IPOB. Nnamdi Kanu will not be the person to actualise it.”
He also warned Edo State Governor, Godwin Obaseki, not to leave the APC else he would be “finished politically.”
Ayodele advised the Peoples Democratic Party (PDP) to stick with Senator Dino Melaye if the party really wants to win Kogi governorship election in November.
Top Stories