A foreign student given admission by Harvard University has been denied entry into the US. 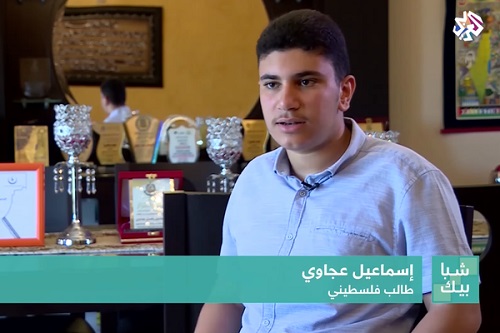 Ismail Ajjawi
A foreign student who has just been admitted to Harvard University has been denied entry into the United States over some posts traced to his social media friends.
As reported by Washington Post on Wednesday, Palestinian Ismail Ajjawi arrived at Boston Logan International Airport on Friday night, but immigration officials detained him for eight hours.
After interrogating the 17-year-old and searching his phone and computer, they revoked his visa and sent him back home.
Speaking on the incident, an immigration officer said she “found people posting political points of view that oppose the U.S.,” though she discovered nothing Ajjawi had posted himself.
Lamenting his ordeal, Ajjawi said, “After the five hours ended, she called me into a room, and she started screaming at me.
“She said that she found people posting political points of view that oppose the US on my friend[s] list.
“I responded that I have no business with such posts and that I didn’t like, share or comment on them and told her that I shouldn’t be held responsible for what others post.”
Then Ajjawi’s visa was revoked and he returned to Lebanon.
Harvard spokesman Jonathan L. Swain told the medium in an emailed statement: “The university is working closely with the student’s family and appropriate authorities to resolve this matters so that he can join his classmates in the coming days;” as classes begin September 3.
In response, spokesman for U.S. Customs and Border Protection, Michael McCarthy, said the department was “responsible for ensuring the safety and admissibility of the goods and people entering the United States.”
“Applicants must demonstrate they are admissible into the U.S. by overcoming all grounds of inadmissibility, including health-related grounds, criminality, security reasons, public charge, labor certification, illegal entrants and immigration violations, documentation requirements, and miscellaneous grounds.
“This individual was deemed inadmissible to the United States based on information discovered during the CBP inspection,” he added.
Top Stories