Virgil van Dijk has beaten Lionel Messi and Cristiano Ronaldo to win the UEFA Men's Player of the Year Award. 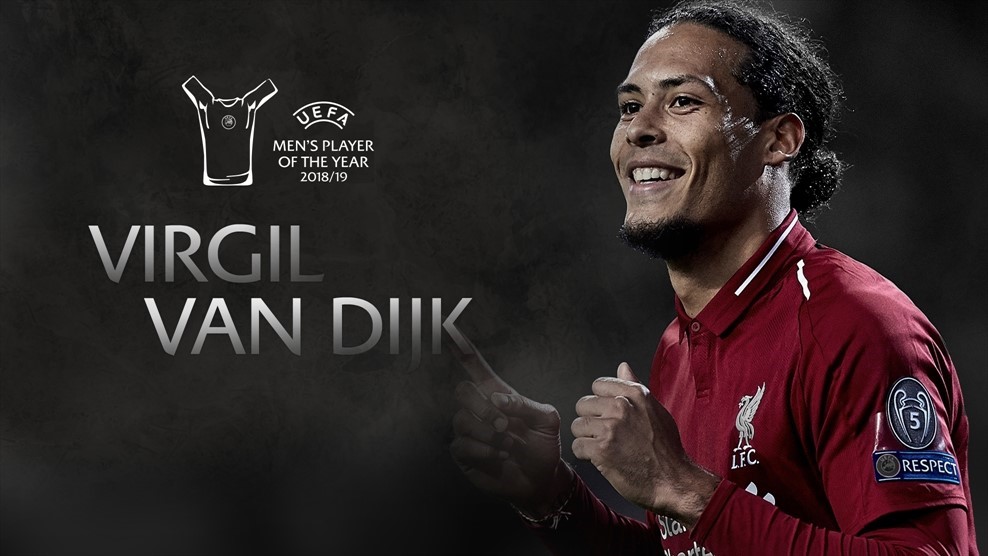 Van Dijk found himself up against Messi and Ronaldo on the three-man shortlist for the Men’s Player of the Year, who together have the award five times in the eight years since its inception in 2011.

But Van Dijk was unsurprisingly recognised for Liverpool’s Champions League glory, with the centre-back playing a pivotal role in converting Jurgen Klopp’s side from runners-up in 2018 to European champions in 2019.

Ronaldo saw his quest to win a sixth Champions League squashed by Ajax last season, but his campaign hardly went badly as Juventus wrapped up an eighth consecutive Serie A title to give the 34-year-old his first Italian league title, while Portugal beat Van Dijk’s Netherlands side to Nations League glory in June.
Messi meanwhile ended the season with tenth career La Liga title, while Barcelona reached the Champions League semi-finals only to come unstuck against eventual winners Liverpool.

Barcelona midfielder Frenkie de Jong took home the Midfielder of the Season award after inspiring Ajax to the semi-finals last season before his summer move to Spain, while his new teammate at the Nou Camp in Messi claimed the Forward of the Season award.