Exposed! See The Ponzi Scheme Operator Who Was Nabbed By The EFCC In Enugu


A ponzi scheme operator has been nabbed by the Economic and Financial Crimes Commission in Enugu state. 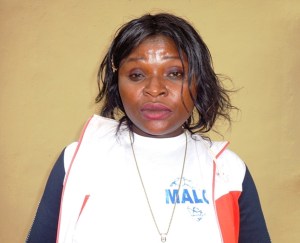 The ponzi scheme operator
Following intelligence received from a sister law enforcement agency, the southeast zonal office of the Economic and Financial Crimes Commission (EFCC), on Thursday arrested three promoters and staff of Millionaires African Leaders Club, a Ponzi scheme operating from No. 79, Nike Road, Abakpa Nike, Enugu, Enugu State, Vanguard reports.
The Coordinator of the organisation, Nwonu Priscilla Chika, told her interrogators that the club operates a collaborative contribution scheme, mostly transacted in cash on the two-class basis: first class and business class. Both attract registration fees and a monthly contribution of N3,000 and N25,000, and N2,000 and N12,500 respectively.
According to Nwonu, who claimed that that the scheme’s corporate headquarters is at Nsukka with one Princess Benny as chief executive, the Enugu office commenced operations barely two months ago and that the scheme promises their “investors” 50 per cent return on the sum invested.
The suspect could not confirm the registration of the ” firm” with the regulatory bodies such as the Securities and Exchange Commission, SEC, and the Central Bank of Nigeria, CBN.
Top Stories

Rihanna Breaks Up With Her Billionaire Boyfriend
Recent Stories