A Nigerian woman has told of how her husband was killed while he was trying to rescue a frond from kidnappers. 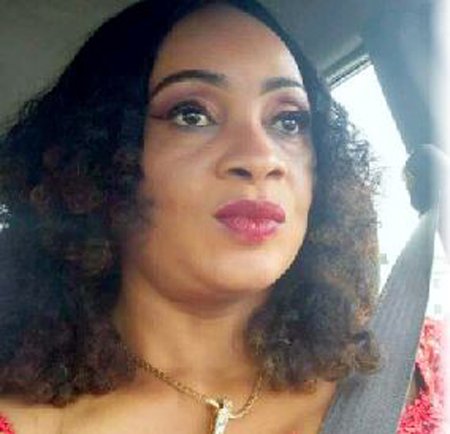 Hon. Hope Chinyelu Nwandu
Few of the people who were aware of the affinity she shared with her husband had given her any chance of survival when her husband, Jude Nwandu, a politician and businessman, was shot dead by kidnappers in 2010. But nine years on, Hon. Hope Chinyelu Nwandu, an ex-councillor, who is now an enterpreneur, has overcome the trauma of losing the man after her heart. The native of Oraukwu Kingdom in Idemili North Local Government Area of Anambra State is not only the president of the association of widows in the state, she is also the founder of one of the most popular non-governmental organisations (NGOs) in the state.

Asked how she overcame the trauma of losing her husband as a 35-year-old, Hon Chiyelu Nwandu said although she faced series of battles after the ugly experience, it became the motivation for her to form an association for widows and step up on her popular NGO, Youth Awareness as a Weapon to Fight Aids and Violence (YAWAV), which she said is meant to help the vulnerable and down trodden in the society

She said: “Before I started National Coalition for Concerned Widows some years back, I had registered Youth Awareness as a Weapon to Fight Aids and Violence (YAWAV). My focus then were orphans and vulnerable children, and that was as far back as 2006.

“The purpose was not to acquire wealth but to make sure those sets of persons were given a sense of belonging. Most people saw them then as people without hope, people whose ends had come and people who had nothing to give or contribute to the society.

“I was propelled by my husband, who was my back bone in everything I did then (tears rolled down her cheeks), but it is well.

“Since then, I have not looked back in making sure that vulnerable people are catered for. We have to be our brothers and sisters’ keepers.”

Nwandu, said she decided to also fight for widows in the society because of the kind of trauma they go through at the hands of their husbands in-laws. The fair complexioned lady said her aim is to stop those barbaric treatments meted out to widows, adding that the death of her husband really opened her eyes on what women suffer at the hands of their in-laws.

She said: “I started my NGO before I became a widow. Then, my targets were orphans and vulnerable children. I know what it takes to search for school fees.

“So, when I lost my life wire (husband), I told myself that there was need to galvanise the widows to fight together in order to stop some of the maltreatments most of them suffer at the hands of their husbands’ people.

“That was how the Association came into being, and by the special grace of God, we have gone a long way in Anambra and beyond.

“Our target is to take the campaign to all the nooks and crannies of this country, to stop such barbaric acts from our people who either accuse the widows of having a hand in their husband’s death or denying them their rights in different families, based on some senseless allegations.

“Such acts had traumatised a lot of widows in the society, especially those who have no one to speak for them.”

Asked how life had been since the demise of his right hand man, the mother of two paused for a moment and fought back tears amid pin-drop silence. She then fetched a white handkerchief from her bag to wipe the tears that rolled down her cheeks. Then there was a wry smile indicating the acceptance of her fate before she declared that it has not been easy.

She said she had gone through a lot of pains during and after the death of her husband, because she was left alone by his people to shoulder the responsibilities of her husband’s burial.

She said: “After losing my husband in 2010, life became so miserable. He was murdered by kidnappers on March 9, 2010, but the family accused me of killing him, even when one of the victims came out to relay how he too almost lost his life. I was six weeks pregnant. I was confused. The war from my in-laws was unbearable. I was left to fund my husband’s burial all alone. My life has not been the same since then.

“I have really suffered. Even those who ordinarily would say a word to you when your spouse was around would come up to challenge you and accuse you of so many things.”

“Getting anything from anyone becomes difficult unless those who are real human beings. The death of my husband really made me to understand that situations differ. It also opened my eyes to distinguish between the good and the bad.”

Any plans to re marry?

She beamed a smile as she thought of the right answer. Then she said: “Since I lost my husband, it has not been easy being a single mum to my two wonderful kids—a boy and a girl. They are the reason why I am struggling.

“Those who know me well know that I was too close to my husband. He was the back bone of my NGO. After his death, I was advised to re-marry. But after the birth of my son, I was consoled.

“The love I had for my husband really made me to stay back and fight for his right. I was able to secure the place where I buried my husband.”

“After the pressure from my husband’s family, no fewer than six suitors came to ask me for marriage. Some promised to build a house for my son, just for me to accept their proposal, but I was too close to my late husband, and getting married again will affect my children. I have to endure all the suffering for the sake of my children.

Asked about acquaintances, she said: “They are legion. They continue to come on a daily basis, but it’s left for you to accept anybody or not. I don’t rebuff them because doing so is a form of disrespect. So, what I do is to give them the opportunity of trying their luck each day, and life goes on. If you give men such chance, they will mess you up.”

“I’m nine years into this journey. I can’t re-marry again. I have built a house in the village for my children. I have to stay strong for them”

Asked about her challenges and regrets, she fought back tears again before she opened up: “I have kids and they are missing their father, especially my son. But I try my best to make them fill comfortable. My regret is not going to stop my husband from going after the kidnappers with police in the bush in Nimo on that fateful day.”

She narrated the events that led to the killing of her husband by dare devil kidnappers on that day, saying that her hubby lost his life for the sake of his friend.

She said: “He (husband) was bent on having his close friend freed from the kidnapper’s den and that was how he lost his life when those hoodlums opened fire on the police squad. We were in the house on that day when my husband’s phone rang, and it was his friend (Odinigwe) from Nri in Anaocha Local Government Area of the state. He told my husband that he had been kidnapped and taken to somewhere in Nimo.

“The reason for calling him was that my husband dropped him off on that day. In fact, they kidnapped him thinking that the man had money. Then my husband contacted the police in Neni who mobilised to go and save him. When he told me, I could not stop him from taking the police to the location he described for my husband for their ransom.

“When he got to the area with the police, he followed them into the bush. When the uniformed men tried to stop him, he insisted on following them.

“When those miscreants noticed they were security operatives, they opened fire and it became a gun duel between them and my husband was killed in the process. He was a defenseless man. But his friend was rescued.

“He wanted to do it for his friend without knowing that death was knocking.”

She said that after the incident, her in-laws started accusing her of being the brains behind the death of their son.

“I knew that the thought that occupied their minds then was that we didn’t have a son; we only had one little daughter. Also, most of them didn’t know I had taken in again and the pregnancy was just six weeks old.

“They left me with the responsibility of shouldering the burial of my husband, and it was a way of punishing me. But God wiped away my tears few months later with a son.

“Being a widow is not an easy task, especially, with the situation in the country. I got married at the age of 28 and lost my husband at the age of 35. My marriage was to be an enjoyable one, but satanic forces did not allow it to be. That is one of my greatest regrets.

“Since then, my life has not been the same.”
***
Source: The Nation
Top Stories