My Near Death Experience In The Hands Of 'One Chance' Robbers


Many residents of Abuja, the Federal Capital Territory, have fallen prey to the activities of "One Chance" robbers, who operate using taxi cabs. CALEB ONWE reports on a recent incident 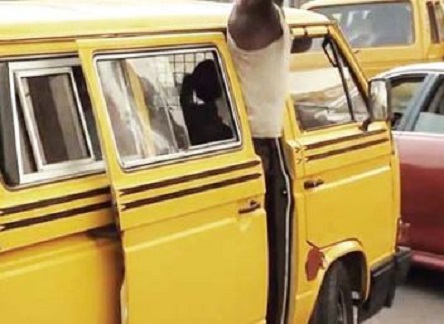 Saturday, August  24, 2019, was a blessed day to many people, but to Chief Jude Eze, it was a day that has left him with so  much unpalatable memories. It was a date that his wife and children nearly lost their bread winner and benefactor to some mindless and cruel men of the underworld.

The entire family could have been left in  great pains and inconsolable hearts but for divine intervention.

Eze, who  is now left with a swollen mouth and eyes, is still having   speech difficulty  as a result of the torture he underwent during his encounter with the robbers.  However, he managed to organize his thoughts when Inside Abuja crew bumped into his house in Jahi village, one of the squatter settlements in Abuja Municipal Area Council, Federal Capital Territory.

He said he went out on that fateful day in a high spirit to his place of work, without any premonition that he was going to meet any misfortune until the unfortunate drama began in the taxi cab.

According to Eze,  he left his office  at the close of work and headed home as usual but experienced some delays because  of  the scarcity of vehicles at the bus terminal.

In line with his daily routine, he  had to trek from Utako to Berger Roundabout to catch a taxi to Dutse in Bwari Area Council. However, on this fateful day, the journey plans were not  as seamless as expected, due to the fact that  several commuters  were stranded at bus stop.

When he eventually boarded one of the painted taxis that came his way, he thought  he was home and dry but it turned out that he had fallen into a trap set by a  criminal gang.

As at the time he entered the taxi, there were three men, including the driver  already seated inside. He thought he was the third passenger as the car zoomed off, with the driver still waving for more passengers to come on board.

As no other person came to join them, the journey continued, but in less than five minutes, the man closest to him inside the car shifted suspiciously towards him. The shifting was done in a manner that Eze could not hold his peace, but questioned the move which  earned him an instant slap.

It signalled the beginning of a horrible experience that lasted for hours. Eze narrates the ordeal thus:  “It was a week today, that was last Saturday that I closed from work and went to  Berger junction to get a taxi back home. Unfortunately, the car I entered which already had three passengers with the driver, I didn’t know  that they were robbers.

“It was not long after the car left that spot, that the people I thought were my fellow passengers started some strange behaviours, and before I could start suspecting, they have descended on me,  hitting me from all sides.

“The driver was driving with one hand and was using the second hand to hit me. The  other three men were also hitting and slapping me on my head and face. The Mazda car was what they used.   When they  closed the car windows , I noticed the car windscreen was tinted. They were also playing music very loud in the car, that even if I had shouted, nobody would have heard my voice. The more I tried to raise my head up to know the direction I was being driven to by the robbers, the more they hit my face and head.

“The beating continued to the extent that I lost stamina and finally my consciousness, but before I completely lost consciousness, I remembered they asked me to give them my ATM card, which I surrendered without argument.

“I however, gave them the wrong password, which earned me more beatings, as I could not bear the pains coupled with blood that was already gushing out of my mouth, nose and eyes, I quickly called the right password for them.

“ By this time, they had also collected my phone and ordered me never to raise my head up in the car where I was held hostage by the men who were showing me gun and dagger at intervals.

“We got to a point and they threatened to kill me if they tried the password I gave them for my ATM card and it refuses to work.

“This drama continued with the abductors conversing without my contribution but I was following their discussion, since I understood the Igbo language they were speaking. I was however, forced to speak when I overheard them saying that it was time to waste me.

“All this while, all their conversation was in Igbo language. I only spoke up when I heard them talking about killing me. It was at that point that I quickly pleaded that they should not kill me, not push me out while the car was in motion.

“When they heard me speak Igbo language, they said, “so you are Igbo and you were fucking up all this while,   bear with us, we are doing this because the country is tough”.

“They reluctantly slowed down at a point and allowed me to go. I heard them say, drop him, let us go and look for a better victim. When I got down from the car, blood was still gushing out from my nostril, eyes and mouth. I managed to ask somebody to tell me where I was, and the “I tried severally to get a taxi that will take me to Jahi village where I live, but could not, because each driver that stopped where I was standing with my bleeding, they will zoomed off, saying I was a criminal.

“I managed to get a keke driver who pitied my condition and took me to a junction where I collected money from an Okada rider to pay him. After which, I boarded the Okada to my house. When I got home, my family members could not recognize me, because by then, my face had swollen up with my eyes covered.”

Meanwhile, the Commissioner of Police,  Federal Capital Territory, Mr  Bala Ciroma, has admitted that the menace of ‘ one chance ‘ robbers  has become  one of the major sources of insecurity in the nation’s capital.

Ciroma said that the FCT Command of the Nigeria Police Force was aware of the frequent incedents of the “One Chance” robbers and  warned  residents of Abuja to be security conscious as the criminals were on the prowl.

The FCT Police boss, who spoke  at a Town Hall Meeting, organized by FCT chapter of Nigerian Union Journalists to address the challenges of insecurity, said the one chance robbery syndicates usually operated in unpainted taxi cabs.

Ciroma  stated that the police had identified both the  hideouts  of these criminals and their operational methods and was working hard  to flush them out  of the city.

He urged residents to cooperate with all security agencies in finding a lasting solution to the menace of  “one chance” robbers as well as other crimes.
Source: New Telegraph
Top Stories