The Nigeria international has ended his three-year stay with the Gunners to team up with the Spanish side. 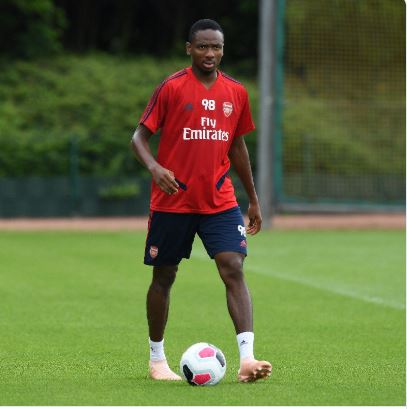 Kelechi Nwakali
Kelechi Nwakali has joined Segunda Division club Huesca from Premier League side Arsenal on a permanent basis.
The Gunners acquired the services of the Nigeria international in 2016, on the back of his impressive performances at the 2015 Fifa U17 World Cup, where he won the Golden Ball Award.
Nwakali failed to feature for the London-based club throughout his three-year stay and had to make do with loan spells at MVV Maastricht, VVV-Venlo and Porto B.
On Monday, the Gunners announced the departure of the 21-year-old attacking midfielder to the Oscenses. Huesca were relegated to the second-tier of the Spanish League last season after finishing in 19th spot on the table.
They will hope the acquisition of the midfielder will help them return to the top-flight at the end of the 2019-20 campaign.
Top Stories