Comrade Frank in a statement made available to newsmen in Abuja said corruption is gradually becoming a criteria to get appointment, especially under the current administration. 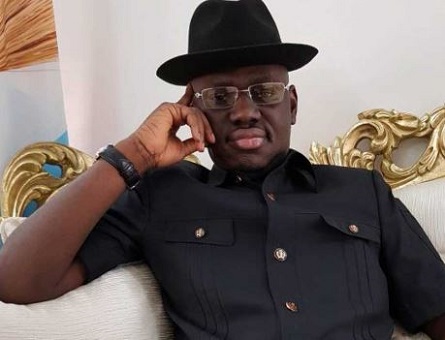 A political activist and former Deputy National Publicity Secretary of the All Progressives Congress (APC), Comrade Timi Frank, has called on the Federal Bureau of Investigation (FBI) to prevail on the nation’s anti-corruption agencies to clampdown on politicians he identified as ‘Yahoo Yahoo,’ most of whom are currently in the present administration.

Frank, while commending FBI and other international security agencies said the ‘Yahoo politicians’ in Nigeria are actually responsible for the breeding of internet fraudsters known as ‘Yahoo Yahoo boys’ in the country.

The Bayelsa-born activist cited a situation where a governor, minister or any other government appointee who was nowhere financially before they get into public office suddenly become stupendously affluent after their tenure in that office.

The political activist said untill the Economic and Financial Crime Commission (EFCC) and the ICPC stop protecting ‘Yahoo politicians’, both in government and out of government, it will be difficult to discourage the prevalence of internet fraud being perpetrated by some young Nigerians.

Reacting to a long list of young internet fraudsters released by the FBI recently, Comrade Frank in a statement made available to newsmen in Abuja said “corruption is gradually becoming a criteria to get appointment, especially under the current administration.

“The ‘Yahoo politicians’ are the role models of these ‘Yahoo Yahoo  Boys.’ Those in government today are not immune. They have turned Nigeria to the capital of poverty in the world.

“The ‘Yahoo’ appointees and governors will throw elaborate parties and dinners once they assume public office because they see it as an opportunity to loot the treasury.

“When you look at the antecedent of most of the members of recently inaugurated federal cabinet, majority of them have been guests of either the EFCC or the ICPC in the past. If known criminals are accorded such privileges, then, what is the government telling the young ones?

“It is only in Nigeria that an suspect and an anti-corruption prosecutor, would later become members of the federal executive council.

“In a country where about 90% of citizens are living in abject poverty, the ‘Yahoo Yahoo politicians’ in the National Assembly have no qualms budgeting N5.5 billion to acquire choice SUVs for themselves. That most university graduates are roaming the streets jobless is a cause for concern.

“The Yahoo presidency fights corruption only on the pages of Newspapers, labels the opposition elements as thieves while it openly and consciously protects the armed-robbers within the government.

“Even the institutions established to fight corruption have been politicised and heavily compromised. They dare not torch the ‘yahoo politicians’ in the good books of the ruling party,” Frank said.

He, however, ured the FBI to help Nigeria in the fight against corruption by clamping down on the ‘Yahoo politicians’ who brazenly steal public funds and run to oversea countries like United State of America and other European countries to enjoy their booty.

He urged international security agencies like the FBI and INTERPOL to focus on Nigerian yahoo politicians and yahoo judges who award jaundiced judgements to the ‘yahoo presidency’ and the ‘yahoo politicians’ to the detriment of justice, democracy and the well-being of Nigerians.
Top Stories