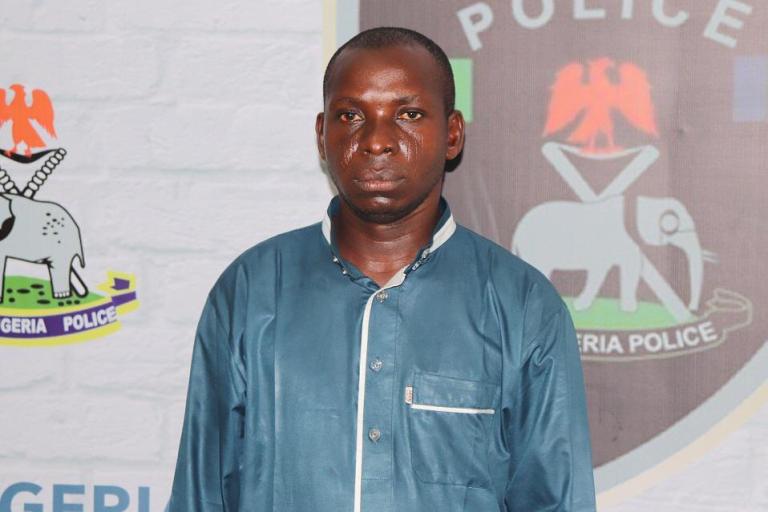 Wadume
A police Inspector attached to the Intelligence Response Team (IRT) was killed on Monday night while four others were injured when their vehicle had a lone accident on Wukari Road in Ibi, Taraba State, The Nation reports.

It was gathered that the operatives, who rode in a white Toyota Hiace bus with registration number (Abuja) BP222RSH, had gone to Ibi to arrest more suspects alleged to have ties with suspected kidnap kingpin Alhaji Hamisu Bala (aka Wadume).

The eight-man team, led by Assistant Superintendent of Police (ASP) James Bawa, it was gathered, had arrested the suspects and were on their way to Wukari when they had the accident.
It was learnt that one of the back tyres of the bus suddenly burst, causing a somersault.

While the Inspector, identified simply as Clement, died on the spot, The Nation learnt that four other policemen and the five suspects sustained serious injuries.

It was also learnt that the injured were evacuated to a general hospital in the area.

Contacted, Force Headquarters spokesman Frank Mba, a Deputy Commissioner (DCP), confirmed the accident but said he had not got the details on it.
Top Stories