Daddy Freeze and his family members were almost put in harm's way as they visited a cinema to catch fun. 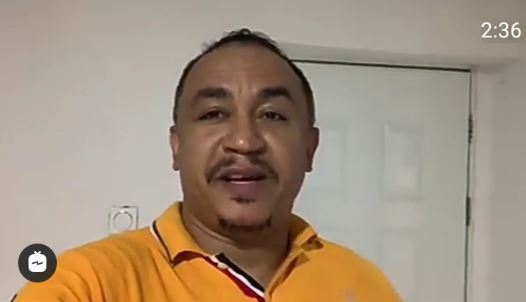 Daddy Freeze
Daddy Freeze has narrated a shocking encounter he had yesterday, September 3, and how an Okada man saved his life.
The OAP said he was on his way to see a movie with his family when a bike man saw him on the road and warned him to turn back because protesting Nigerians were killing "White men".
Freeze, who is part Nigerian from his father's side and part Romanian from his mother's side, said he was dumbfounded at this because he's not white.
He explained this to the bike rider but the man and others warned him that the protesters will not hear this explanation before they strike
According to Freeze, Nigerians were protesting the xenophobic attack on Nigerians in South Africa by attacking white men from the West and also Indians, Lebanese and other foreigners of a difference race from us.
Freeze called out Nigerians for always jumping to take action without thinking. He told them that the South Africans carrying out the attack on Nigerians are not the white South Africans but the black ones.
He went on to bring up the Busola Dakolo rape case, saying this is the same way Nigerians rushed to take Busola's side without proper investigation.
He then talked about Juliet Ibrahim's comments slamming him today. He said he was initially angry with her but has now realised that she raised some valid point and he'll address that after he's had a bit of rest. 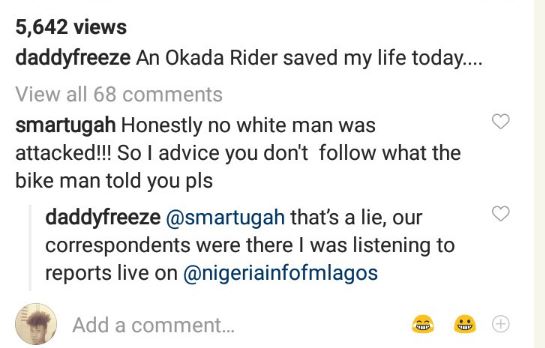