Mofehintoluwa Koye-Ladele gives his opinion on the indictment of 77 Nigerians by the FBI. 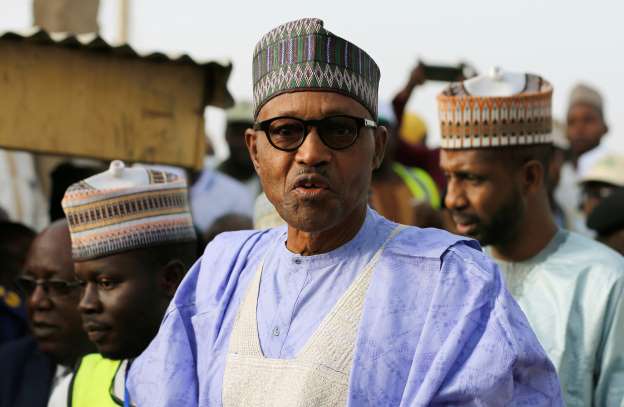 Muhammadu Buhari
Not too long ago, Nigeria had thrown in her face the list of 77 of her citizens who had been arrested (some still at large) by the Federal Bureau of Investigations in the United States of America in connection with alleged Internet fraud. The list came after the appetiser — one of those doing the country proud as a young achiever below 30 already listed by Forbes as a “young achiever” was actually an alleged fraudster! Invictus Obi was merely a forerunner of the things to come as the country was afterwards slammed with a list reported as the largest bust of Internet fraud so far.

Amidst the media attention it generated, glaring was the fact that Nigerians were concerned about the ethnicity of those whose names were on the list ahead of the disgrace that they were all representative of national identity. The fixation on the ethnicity of a criminal in Nigeria has reeled itself out earlier in relation to the herdsmen-farmer clashes with the herdsmen being dubbed Fulani and the connotation, “Fulani herdsmen”, has stamped itself in the Nigerian media.

In the USA and other nations (even in Africa), the tribal distinctions which are so locally apparent are obscured whenever the individual is outside their country. An individual in a foreign country becomes representative of their nation and race ahead of their ethnicity.

In reality, what exists in some parts of the world still is a single perception of Africa and Africans, till today, there is an ongoing attempt to rewrite the mistaken perception that Africans are one single lump of people. At a time when even national identities are not really obvious outside Africa, the hammer we are slinging locally on the ethnic identities would do us no good as we are all really in the same mess of being viewed internationally as a nation of fraudsters.

Though it is factual that the list contains people from a particular tribe or ethnic grouping, this becomes irrelevant in the face of the facts that are available to us from the daily experiences of being Nigerians that crime has no ethnicity. Everyone in this country would be a witness of the “80 Nigerians” species that have now crowded our national life. They reek of wealth you cannot explain. They live lavish without owning companies or having any publicly identified source of income. We see them everywhere even in the religious centres.
Nigerians have adapted to the presence of the lavish-species that begun appearing on our landscape in the early 2000s. They have become so prominent that they are being sung for by our artistes. Have some of our artistes not already been arraigned for being involved too? Eighty Nigerians were caught and despite the attempts to profile them in an ethnic manner, the restatement of the evidence before our eyes through the daily experiences of being Nigerian is that this variety is present in every tribe. The sun has only shone on some who were likely members of the same syndicate hence their similar ethnicity.

The FBI has stated that between January and July 2019, $1.1bn made its way down the pipe to the hands of Internet fraudsters. This is a lot of money especially as not much legally traded by Nigerians can rank on such pedestal of economic value. However, the danger in a country losing her bulk of active and productive youths to fraudulent activity instead of productive ventures is imminent. It would mean a decline in other sectors and as such the menace must be stemmed.

The rise in the number of those who have taken to Internet fraud cannot be disconnected from the fact that a lot of Nigerians have slid into poverty as the statistics suggest. The nation which has a population above or around 200 million also doubles as the poverty capital of the world. There must exist a connection between deepening poverty and Internet fraud especially as there is also a high unemployment rate. The role greed plays in luring people into Internet fraud cannot, also, be exempted as children from rich families have been observed to also take to fraud.

The videos presently in circulation where one of the accused is spraying dollars and dancing to music reflects what the Nigerian youth has begun to consider as the ideal lifestyle where he can throw money into the air while doing little or no work. The change in the values and priority of youth calls for serious concern.

While the FBI list has now taken the stage, another list of interest to Nigerians before it is the composition of the Federal cabinet. It is worrisome that this cabinet reflects nothing clearly in the form of ideology or agenda which the Muhammadu Buhari government intends to pursue. The appointments do not show any pattern in their choice that would express in clear terms what the government intends to achieve.
***
Mofehintoluwa Koye-Ladele, Obafemi Awolowo University, Ile-Ife. [email protected]
Top Stories